So now the so-called Brexit White Paper has been published. And for all the world it appears like one of those games of Call My Bluff where the calling panellist is as sure as sure can be that he or she has nailed the true definition of the word under discussion, only for their opposite number with the card to open it up and reveal the word BLUFF. 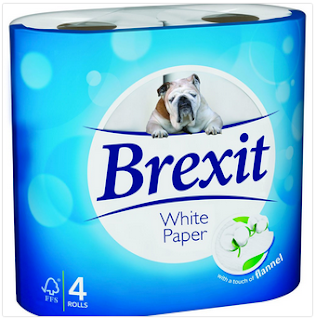 Thanks to Barney Farmer

Like Keynes’ The General Theory Of Employment Interest And Money, the title “The United Kingdom’s exit from and new partnership with the European Union” omits any form of punctuation. Unlike Keynes’ meisterwerk, it is not about to redefine how we look at the world of political economy. The only redefining it will do is to have us think anew about the breed of confidence trickster that has made its way into politics and the media.

The bar is set at a lamentably low level by our not at all unelected Prime Minister in her delusional Foreword: “We do not approach these negotiations expecting failure, but anticipating success. Because we are a great, global nation with so much to offer Europe and so much to offer the world”. I’m sure Michel Barnier will be suitably unimpressed.

The air of delusion and detachment, along with mannered punctuation, continues with “And another thing that’s important. The essential ingredient of our success. The strength and support of 65 million people willing us to make it happen”. Theresa May claims 100% electoral support, a figure which might elude even Kim Jong Un.

It gets worse when the paper comes to the oft-discussed question of Parliamentary Sovereignty: “Whilst Parliament has remained sovereign throughout our membership of the EU, it has not always felt like that”. There you have it: the Government has just admitted that an act of deceit has been perpetrated on the British people.

We are told that there will be something called “Strengthening the Union”, which may raise a little hollow laughter in Edinburgh, where a new referendum on Scottish independence is probably already in preparation, and in Belfast and Dublin, where the prospect of an old-fashioned hard border between the two parts of the island of Ireland is a very real one.

We will control both borders and immigration. But not quite yet, although the Government wants you to know that a lot of British people are now living in Spain, and quite a lot in France and Germany, while there are even more from Poland here, which will miraculously be ended by leaving the EU. Who will do the jobs they are all doing is not told. But we will feel so much freer. Even if we are worse off, and how much we’re not going to tell you.

Workers’ rights will not be a problem. Well, until the race to the bottom starts, but this, like so much else, is not told. Financial services, on which the UK economy is so heavily dependent, merits no more than a few paragraphs of waffle. We are reassured that the ghastly foreigners will do us a good deal because they need us more than we need them. The potential €40 billion plus “divorce settlement” does not get so much as a mention.

Which brings us to one teensy item missing from this document: the projected benefit-cost analysis. Where is it? Don’t tell us the Government doesn’t know, or at least have some idea of what will be on the tab. Because if they haven’t any idea, they haven’t any right to be taking us on their Brexit Magical Mystery Tour. But you knew that anyway.
Posted by Tim Fenton at 16:08

No, it doesn't scan and it doesn't make sense. Just like Brexit really.

Local TV featured a Lincolnshire farmer this morning struggling to get staff to take crops out of the ground.

So heavy rain has taken out most of our salad products from Spain and now we can't even rely on homegrown sprouts and leaks. Sorry Lincolnshire kids, but you aren't going to Uni, you will have to join the Land Army for 3 years to ensure a supply of produce to feed 30% of the population. The other 60% will have to Dig for Victory.