Most observers of technology related crime allegations will remember the case of Gary McKinnon, who with the support of his mother fought a decision to extradite him from Britain to the USA for ten years before the then Home Secretary - one Theresa May - stepped in and blocked the request. McKinnon suffered from Asperger’s Syndrome, and was also subject to depressive illness. Ms May’s reasoning was straightforward. 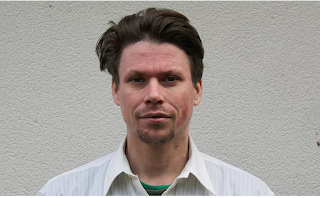 “I believe extradition decisions must not only be fair, they must be seen to be fair. And they must be made in open court where decisions can be challenged and explained … That is why I have decided to introduce a forum bar. This will mean that where prosecution is possible in both the UK and in another state, the British courts will be able to bar prosecution overseas if they believe it is in the interests of justice to do so”.

That sounds clear enough, but the reply from Ms May’s then Labour shadow Yvette Cooper suggested otherwise: “Clearly other people subject to extradition proceedings or immigration proceedings do cite medical conditions as a reason not to extradite so it would be useful for Parliament and the courts to understand the tests you have applied and whether that will set precedent in other cases”.

Which brings us to the case of Lauri Love. And guess what? “Home Secretary Amber Rudd has signed an order for the extradition of a man with autism to the US, where he is accused of computer hacking offences”. Do go on. “Lauri Love, of Stradishall, Suffolk, is accused of hacking into the FBI, the US central bank and Nasa … The family of the 31-year-old, who has Asperger's syndrome, said they would appeal against the decision”.

So what happened to Theresa May’s “forum bar”, the idea that a British court could bar prosecution overseas? Lauri’s father has said “My sense is they are saying it is not their fault. They have created procedure [for extradition] that they can't control”. In other words, Home Secretary Amber Rudd is effectively pretending her hands are tied, there is nothing she can do about it, and she just has to sign the extradition order.

But all the while there is the precedent set by her own Prime Minister hanging there. Like Gary McKinnon before him, Lauri Love suffers from depression. And, although he is “accused of stealing large amounts of data from US government agencies such as the Federal Reserve, the army, the Department of Defense, Nasa and the FBI”, this is qualified by “It is alleged that between October 2012 and October 2013, Love placed hidden ‘shells’ or ‘backdoors’ within networks, allowing for confidential data to be stolen”.

There is also the question of whether the US and UK authorities have been effectively gaming the legal system, using information from a previous arrest under a different set of allegations to justify extradition - when the extradition process would not allow the Police to proceed in the way which garnered the information.

Yvette Cooper was right to be suspicious of Theresa May’s “forum bar” - because it now appears the precedent set in Gary McKinnon’s case is somehow being worked round in order to satisfy US-UK relations. And that’s not good enough.

Amber Rudd should explain herself. She will not do so voluntarily. She is a disgrace.
Posted by Tim Fenton at 10:41

Rudd has probably not even read the file as per Orgreave. Looks like a couple of ministers might have got their jobs based on their gender rather than their competence. (See also: Truss)

Why should Amber Rudd explain herself?

Rudd is simply behaving according to type. I'd be surprised if it was any other way.

Quite apart from the fact that when the US doggy trainer tells Westminster to sit up and beg that's exactly what it does. Especially when told to go to war and mass murder human beings unfortunate enough to live on the Arabian peninsula and all that oil.

Check when Gary was diagnosed as having Asperger's. It was shortly after the Supreme Court's decision to allow his extradition and just before an application to the ECHR. It was at this point May stepped in and stayed the extradition. Mr Love's legal team has obviously admired this defensive strategy and has gone for the same angle. As someone who has a grandchild with Asperger's I'm getting concerned that this very real condition is being used as a Get Out Of Jail Free card for those responsible for hacking other governments' computer systems. If this young man wants to be tried in this country then so be it but don't allow him to get away with his alleged crime like McKinnon has.

All this extradition bullcrap is a one way street where UK and US are concerned.
I've never heard of an american citizen brought to UK for accountability.

Thos is one of the reasons I'm against extradition in part.

Mckinnon wasn't born in US or a citizen.

I also disagreed with trying Blair for war crimes as Bush was a major player in it.

The whole powerplay between UK and US are worlds apart.