The Fourth Estate has always been somewhat ambivalent about the ability of Governments and their security services to intrude into ordinary peoples’ lives: on the one hand the press is all in favour of personal freedom, and the right to property and a little privacy, but on the other, gives a collective shrug when faced with snooping overreach and tells us that if we’ve got nothing to hide, then we have nothing to fear. 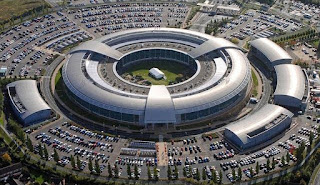 This may explain why there has been so little coverage - with a few honourable exceptions - of the passage through Parliament of the Investigatory Powers Bill, which, as the Guardian has pointed out, “legalises a whole range of tools for snooping and hacking by the security services unmatched by any other country in western Europe or even the US”.

And, as their report observes, “The security agencies and police began the year braced for at least some opposition, rehearsing arguments for the debate. In the end, faced with public apathy and an opposition in disarray, the government did not have to make a single substantial concession to the privacy lobby”. Edward Snowden noted “The UK has just legalised the most extreme surveillance in the history of western democracy. It goes further than many autocracies”. Yet most of the press is silent on it.

What does the new Act permit? This from the Independent: “It includes powers to force companies to make their phones less secure so that they can be listened in on by spies, and others that would allow the government to ask companies like Apple and Google to help them break or hack into phones … Perhaps the most controversial measure will require internet service providers to keep detailed information on their customers’ web browsing for the last year. There will be no way of opting out of that and the data will be collected on everyone, leading to fears that it could be stolen and leaked”.

Why should the press be on the case here? James Ball at BuzzFeed UK has spelt it out: “A senior official of the Organisation for Security and Co-operation in Europe (OSCE) … warned on Friday that a sweeping new UK surveillance law could threaten investigative journalism … Dunja Mijatovic, the OSCE’s representative on freedom of the media since 2010, issued a statement warning that the Investigatory Powers Act - which passed parliament this week with the help of Labour MPs and peers - lacks fundamental safeguards protecting free media”. Ms Mijatovic then put it bluntly.

“This measure allows law enforcement agencies to monitor journalists’ IT and communication equipment following approval by the home secretary and without judicial oversight … Any legislation that allows government surveillance of journalists must be narrowly drawn and include guarantees that the confidentiality of journalists’ sources is maintained”. Yet not a peep from the Murdoch, Rothermere, Barclay Brothers or Desmond press, or the Mirror group, or broadcasters. You’d think they weren’t interested.

Anything that allows snooping without judicial oversight should be ringing alarm bells. This legislation should cause all who believe in individual liberty and investigative journalism grave concern. That so much of the press is effectively ignoring that concern shows just how little many in that industry really care about something they pretend to champion.

And the potential for the corrupt to misuse it is plain. Did someone say Leveson 2?
Posted by Tim Fenton at 12:35

If it catches crooks then its a good thing.

Mind you, I believe they have been snooping for years and have what they need.

They need to do more on internet laws.
I'd welcome that.

Sooner or later all of this will lead to the most serious political consequences. Hence the increase in an evil surveillance state.

How the employees of this crackpot nonsense can look themselves in the mirror is beyond me. A whistleblower of democratic conscience wouldn't go amiss.

But how likely is that in a country cowering in defeat and long faced toward neofascism?

No doubt that those engaged in cybercrime welcome the changes.

I mean, you can't expect people to take the security services seriously whilst they ignore the elephant?