Many pundits do not have much time for former Mirror editor Piers Morgan, but here on Zelo Street there has always been a willingness to cut him a little more slack than his contemporaries, if only because he eschewed the easy option back in 2003, declining to run with the tabloid pack and standing against the Iraq adventure. He was right so to do. But his take on Brussels, terror and Donald Trump will not do. 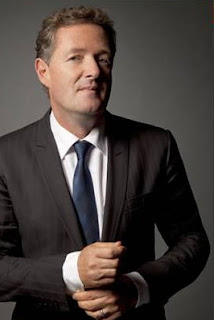 Now writing for Mail Online - but not for the Daily Mail itself, perhaps because of the legendarily foul mouthed Paul Dacre’s dim view of celebrity editors - Morgan has responded to yesterday’s attacks in Brussels by asking readers “When it comes to terror, isn’t it time we started listening seriously to Trump?” So that’s an instant QTWTAIN, then.

Morgan sets his scene by demonstrating his revulsion at the Brussels attacks, suggesting that there is no end in sight to such atrocities, talking of war and instability in the Middle East, and then making his pitch: “Yet just as the world is crying out for strong decisive leadership, there is none”. Strong, decisive leadership. What might that mean?

And, as Jon Stewart might have said, two things here. One, water-boarding and other interrogation methods which veer across the Torture line are recognised for only one thing, and that is their lack of effectiveness. And two, given Trump has said since he talked to Piers Morgan that he would stop short of using a nuclear device against ISIS, or whatever they’re calling themselves this week, he’s offering nothing that isn’t already being used.

Moreover, what Morgan does not tell us about Donald Trump is most instructive: black and Asian men and women have been assaulted and thrown out of his rallies as he stood by and let it happen. He did nothing to stop one crowd scream at a Muslim woman that she had a bomb. Trump wants to change the law to enable him to extort money from his critics. He has a problem with assertive women. His business backstory is littered with bankruptcies. And what he is offering the American people sounds a lot like fascism.

As Michael Rosen wrote, “Fascism arrives as your friend. It will restore your honour, make you feel proud, protect your house, give you a job, clean up the neighbourhood, remind you of how great you once were, clear out the venal and the corrupt, remove anything you feel is unlike you”. A quote attributed to Sinclair Lewis told “When fascism comes to America, it will come wrapped in an American flag”.

That, Piers, is Donald Trump is a nutshell. It is his persona, his presentation, his rallies, his campaign, his message. He wants to hit the enemy hard. But he doesn’t know how. So why should anyone listen to him? He’s just another blowhard playing to the gallery.

We need no lessons from the Combover Crybaby on how to tackle terrorism.
Posted by Tim Fenton at 10:41

Not really a surprise. I always thought his anti-Iraq war stance was more to do with expediency than principle (after all, he worked for The Sun only a few years before that). And, though it should barely need saying, “hitting ISIS hard” isn’t a policy.

I understand Morgan was interviewing Trump on Good Morning Britain. Fortunately I didn’t see it but I take it Trump may have been given a fairly easy ride?

It just goes to show we have as many ur fascist media nutcases in Britain as the Yanks have in their lunatic asylum and Guantanamo torture chamber.

Morgan would be far better off exposing those who arm, train and finance ISIS. He could also see what the CIA and MI6 have done in the background. If his conscience is so stirred he might even try to get that mass murdering war criminal Blair on the hook - if he can divert him from his £50,000 a go "lectures" and "consultancy" fees. But I won't hold my breath.

If the Yanks actually elect Trump as their president we can safely assume an entire nation has gone as collectively crazy as Germany did in 1933. We all know what happened afterwards.

Sadly every time one begins to quite like Piers again he goes and blows it.