Boris Bashing - But Why The Delay?

After so many years during which the Pundit Establishment fawned over London’s increasingly occasional Mayor Alexander Boris de Pfeffel Johnson, papering over the glaring deficiencies in his character, ignoring his naked ambition, and waving away his inability to bother himself with trivial stuff like devoting himself to the office to which he had been elected, there has been a Damascene conversion to the real world. 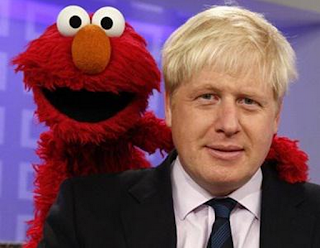 This group realisation began yesterday with an evisceration of the Johnson persona - well, what there is of it, which is not much - by Matthew Parris in the Murdoch Times, who opined “Administrative sloth is not funny. Breaking promises is not funny. A careless disregard for the truth is not funny. Advising old mates planning to beat somebody up is not funny. Abortions and gagging orders are not funny. Creeping ambition in a jester’s cap is not funny. Vacuity posing as merriment, cynicism posing as savviness, a wink and smile covering for betrayal … these things are not funny”.

Cripes readers! Beano Boris bally well busted! Even the not at all celebrated blues artiste Whinging Dan Hodges, so long a grovelling Bozza acolyte, had to concede “Not sure about some of the personal references. But no denying Matthew Parris has landed a glove on Boris”. So why did Hodges say nothing for all those years?

Why did the former Colonel Nicholson of the Labour Party openly support this fellow in the 2012 London Mayoral election? Johnson has been a disaster as Mayor of London, bequeathing to his successor a public transport system in a mess, a city in daytime gridlock, a chronic housing shortage, air quality from the 1950s, and tens of millions sprayed up the wall on variously useless vanity projects.

Perhaps Hodges would like to answer Nick Cohen’s comment: “I cannot think of a politician who has been treated with such woozy indulgence by my supposedly hardbitten colleagues. They have bought his persona as a lovable card, and ignored the emptiness beneath”. They all knew what Bozza was like many, many years ago.

He was forced to prostrate himself before the people of Liverpool for a particularly nasty attack in the Spectator - of which he was editor at the time. Michael Howard sacked him from his shadow cabinet not for having an affair with Petronella Wyatt, but for lying to him about it. He lied professionally for the Telegraph as the paper’s Brussels point man. The Times sacked him for lying. He lied to the voters of Crystal Palace - twice.

Where were they all when Bozza was fouling up London? Don’t all shout at once, folks.
Posted by Tim Fenton at 11:22

Eddie Mair had it spot on in that interview on the Andrew Marr Show.

But has been totally forgotten by virtually all media until he decides to vblow against the prevailing winds in the Tory Establishment are blowing all over the place.

It's a dirty business, politics like. You can ger any with much until you upset those with clout.

Matthew Parris? Isn't he the hypocritical tory twat long ago exposed on a TV programme?

Those with an alert memory will recall Parris - a far right reactionary of the worst type - was challenged to live for a month on welfare. At the end of it he was borrowing from other unemployed so he could get by. Then still came out with the horse shit that the dole was "right." But of course he could then go back to tory thievery to "get by." In other words, a two faced sociopath typical the type.

It goes without saying he and de Piffle are matching bookends.

Neither they or the corruption and immorality they represent are worth a carrot.

DePiffle every day looks and acts more and more like Herman Goering. Parris is a creepier version of Josef Goebbels.