It’s not often that Zelo Street has to tell its readers that the Sun got it right, and the Guardian got it wrong. But, following the admission that the rail network upgrades put before the electorate last month were not achievable in the timescale advertised - something that industry watchers have been warning for some time - that is what happened. And where much of the press went wrong was on HS2. 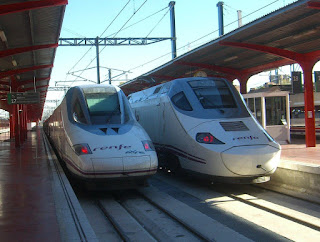 It’s an easy mistake to make: the electrification schemes that are being put on hold, such as the main Trans-Pennine route from Manchester via Huddersfield to Leeds and York, and the Midland Main Line from Bedford to Sheffield, are part of the rail network. And the HS2 project is going to become part of the rail network. For this reason, rather too many hacks have decided that delays in one must affect the other.

The worst offender has been the Daily Mail, which went overboard following news that Network Rail (NR) could not deliver all its upgrades in the timescale promised by politicians: “Conservative backbenchers were also angry that projects were being scaled back while the controversial £50billion HS2 high-speed rail scheme linking London and Birmingham – which they decry as a ‘white elephant’ – survives unscathed” they frothed.

There was more - rather a lot more. Alex Brummer, who is supposed to be a competent business editor, asserted “there must be real questions as to whether the highly contentious HS2 should be, or will be, undertaken … Whatever the outcome of the Government’s review … the imbroglio raises huge questions over the future of the HS2 project”. There was also a thundering editorial from Daily Mail Comment.

“Nor does it bode well for the Government’s prospects of ever delivering the £50billion HS2 scheme, which many consider to be little more than a vanity project”. The paper gave a platform to the now largely irrelevant Stop HS2 group, who were naturally more than happy to pass severely adverse comment. On top of this has come an article in the Guardian which also links the NR upgrades to HS2.

“New fears arise that UK rail financial crisis will hit HS2 … Doubts grow at Department for Transport over high-speed link’s ability to keep within £42bn budget and deliver economic stimulus … Concerns over the economic viability of HS2, and its impact on other projects, were raised last week” was their take. And, as Captain Blackadder might have observed, there was only one thing wrong with this idea - it was bollocks.

NR is not responsible for building HS2. Delays and re-scoping of NR projects therefore do not impinge on HS2. So the Sun, which managed to discuss the problems in delivering all those electrification schemes without mentioning HS2, gets the bouquet, while the Mail and Guardian get brickbats. That, folks, is the result of not having specialist knowledge on hand at, well, any major national newspaper.

But they’ve all got someone to road test the latest cars, so that’s all right, then.
Posted by Tim Fenton at 13:12

I know I keep banging on about the Treasury's Green Book, but that's because it's hugely important. Like the disastrous Edinburgh trams, NR's spending plans weren't subject to it. HS2, like all successful recent UK projects, is.

I know you love the idea of HS2 Tim, but who do you think the workers and engiereers are going to be building HS2? Probably the very same which are required for the upgrading the other other lines. There is a shortage of skill in the sector and its been underfunded and cut to the bone for the best part of 20 years. So we will most likey end up with unexperianced and under qualified staff - cost overuns guarenteed.

I love the idea of a railway that is fit for purpose.

Anyone who can show that there is a better solution to the problem that HS2 addresses will get a hearing from me. Until then, that is the only show in town.

HS2 construction does not start until 2017. Let's see how things look then.

@2 - the workers and engineers are not the problem at Network Rail - it's the culture of senior jobs for the brothers who may not be up to it but know how to shake hands. Giving up on NR improving the Transpennine line and bringing forward the High Speed (more accurately Quite Fast) alternative from a seperate company may well be a more viable solution. Obviously sorting out NR would be preferable but that job would be like nailing jam to the ceiling.


But we've been here before and not that long ago. After the 2010 election all of the projects agreed by the previous Labour government were reviewed before being allowed to go forward (with a delay that means most still haven't been finished). Which means that the 2010 review was done badly, which doesn't bode well for the new one. Or all these problems have occured whilst the Coaltion with a range of Conservative Transport ministers were in charge of the reins. Maybe we should have a review of the review.

Own up NOW anybody who believed those lying bastards in Westminster, Whitehall and Canary Wharf.

Go stand in the corner with a pointy hat on.