After the shock news of Charles Kennedy’s sudden death earlier this week, the pundits have weighed in with their reminiscences of the former Lib Dem leader’s career. To no surprise, all knew so much more detail than they managed to get into print at the time, and in one case, so much detail that the most cursory fact check shows that they have resorted to making it up as they have gone along. 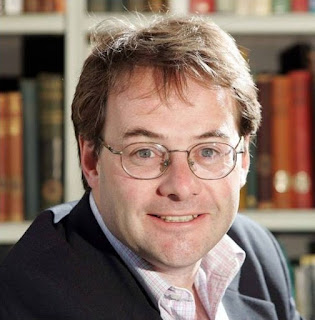 Who might have employed just a little too much journalistic licence this time? Step forward the Mail’s alleged “sketch-writer”, the odious Quentin Letts (let’s not), who, like all the others, knew the whole backstory of Kennedy’s time at Westminster, even the part that took place before the Mail pundit had even started his career in journalism. And it is at that point that Quent comes sadly unstuck.

Under the headline “Brilliant, loveable - but destroyed by melancholy: QUENTIN LETTS on how drink dragged down the best leader the Lib Dems ever had”, readers are told that Kennedy, on being first elected to Parliament in 1983, was “Baby of the house”: “Commentators, when mentioning Kennedy, forecast great things for the lad. Such expectation would become a burden”. Then Quent drops his clanger.

“On Thursday nights, Kennedy - still in his mid-20s - would catch the sleeper train from London to Scotland, sometimes sharing a two-bunk berth with Roy Jenkins, then MP for Glasgow Hillhead … The train’s buffet car was a notoriously raucous den, Labour’s John Smith holding court there amid a miasma of cheap scotch”. Someone hasn’t been doing their research, have they, Quent?

What Letts has missed is that Jenkins and Smith (the latter represented Monklands East, an area to the east of Glasgow) might have travelled on the same sleeper train out of London’s Euston terminus on Thursday evening, but Kennedy, travelling to Fort William, could not have done so: then, as now, there are two sleeper trains heading over the border via the West Coast Main Line, serving different parts of Scotland.

What we nowadays call the Lowland Sleeper would serve Glasgow (today it also carries a portion for Edinburgh). The Highland Sleeper, which in the 1980s was rather grandly named The Royal Highlander, carried portions for Inverness and Fort William (today’s equivalent also has sleeper coaches for Aberdeen). A few minutes’ enquiry, a call to a specialist transport writer for instance, would have confirmed this.

I’ve previously caught Letts not bothering to take notes - at the presentation of his findings by Lord Justice Leveson in November 2012 - and have noted that he appears unwilling, or unable, to do the most basic of research. His appreciation of Charles Kennedy continues in this vein, and as a result insults the memory of a great Parliamentarian. The only surprising thing about this shoddy journalism is that no-one will be surprised.

Thus the Daily Mail’s uneasy relationship with reality goes on. No surprise there, then.
Posted by Tim Fenton at 10:58

This is great - like one of those 1920-30s railway detective stories: Five Red Herrings or Edward Marston, one of those.

"there were nights when his ginger hair had barely touched the pillow "
OMG! he had ginger hair?

"Sometimes the debate would keep going until the train stopped at Motherwell.. the Northbound service.

Charles might actually have caught the Lowland Sleeper as it comfortably connects with the 08.12 day service to Fort William and leaves London at 23.40-23.50 giving some 2 hours of extra time in the house, and the company (at that time of Ms K Wark who had a finely timed taxi trip from W4 to Euston after the end of Newsnight at 23.30)