The obedient hackery of the legendarily foul mouthed Paul Dacre continues on its mission to demonise anything and everything to do with the EU: having run all those scare stories about the Greek holiday island of Kos - and helped to royally screw the local economy as a result - the Mail has now turned its attention to the possibility that not everyone who makes supermarket sandwiches is a British national. 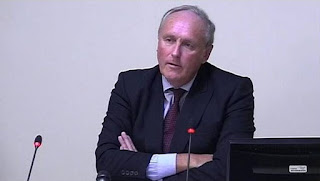 “How they make your lunchtime sarnie: It's very hands-on at Britain's biggest sandwich factory, where migrant workers help churn out THREE MILLION a week” proclaims the headline, which tells you that this is about “them”, “migrants”, and most controversially, “hands”. One can almost hear Dame Edna warning Barry not to eat at any of those restaurants where “they don’t clean their dirty digits”.

Readers are told “Three million sandwiches are made by army of 2,000 workers who use their bare hands to put together your lunch … Half of the company's workers are from outside the UK, and many at the 24-hour factory are Polish agency workers”. You can hear the dog-whistles going off already. So, should we be concerned that someone who might have been born outside the EU has put your lunchtime sarnie together by hand?

The answer is that, no we shouldn’t. The suggestion being advanced by the Mail - that workers should be wearing gloves - may look right to those all-too-susceptible Daily Mail Readers - which is of course the intention - but in reality it’s bunk. Workers using their hands have to wash them regularly, and the article concedes this - together with their having to re-wash those hands if they do so much as touch their faces.

Wearing gloves leads to a variety of interesting possible outcomes: cross-contamination is the obvious one, plus it can lead to a false sense of security. And it still wouldn’t stop workers inadvertently touching their faces, scratching the odd itch, and maybe worse. But the Mail isn’t into telling us that. Just look at the first line of text. “As you sit down to eat your lunchtime sandwich today, these pictures might give you pause for thought”.

Do go on. “The fact that the workers use bare hands at Britain’s biggest sandwich-making factory might at first glance put people off their food”. Not feeling queasy yet? There’s more: “These are the first pictures inside the gargantuan Worksop factory. In one corner a machine pumps out cream cheese - one dollop per sandwich - while workers place exact pieces of smoked salmon on to sliced bread as it rolls past on a conveyer belt”.

There are tubs of prawns. And you know what they can do to your insides! All that sticky mayo! Lots of grated cheese! And the article telling you “Others apply ingredients such as grated cheese, slices of bacon or prawns. Meanwhile, green-hatted workers smear a light brown jelly into the southern fried chicken wraps, a tasteless starch to help the wrap stick together”. And it’s all being done by someone who talks foreign!

The reality? This is just more pointless bigotry designed to flog papers and sod the consequences to anyone else’s livelihood. So no change there, then.

[UPDATE 9 June 1435 hours: the Mail is clearly concerned that not enough people were put off their food, migrants, or both yesterday, and so Rose Prince has penned another attack piece today, which tries to scare punters over what goes into those sandwiches.


"We have to take Greencore’s word for it that strict hand-washing regimes are a better deterrent against cross-contamination" she tells, before going completely OTT. "But never mind the bare hands; what about the rubbish inside some sarnies? We are often talking about food that is downright fake and overpriced. For example so-called meats that are actually a glued-together mush of pulped pork, starch, sometimes proteins made with animal blood plasma, water, (lots of) salt, preservatives and flavourings. On packaging this rubbish is identified as ‘re-formed ham’".

There's more: "Phoney sauce is another likely ingredient found in the mass-market sandwich ... The starch, so often used as a bulking ingredient, is simply a flavourless material, usually derived from maize, that is a cheap means to add weight to sauces ... Softness, the ultimate sign of freshness in modern yeast bread, is faked with the addition of enzyme softening agents ... There is very little information as yet as to possible health problems caused by baked enzymes, but they are known allergens and it is irksome that they enter our digestive system, which has its own delicate balance of natural enzymes".

As Sir Sean nearly said, I think we got the point. By this point, no reader would have been surprised to see the Mail demanding the skull and crossbones be applied to sandwich packaging. And the remedy to all this? We should make our own sandwiches. Which would no doubt be made up from bread and other ingredients from the local supermarket, about which the Mail could then run yet more stories. This is just scaremongering crap.

The Mail's remedy for not being scared? More time pressure on their readers - and throw lots of people out of work. Cos more than 50% of them are Polish. Pass the sick bucket]
Posted by Tim Fenton at 12:48

If the article persuades Mailites to abandon Pret A Manger for lunch and instead head for good old Maccy D from our good friends the Yanks, then I'm all for it.

Aside from being a rehash of a piece from last November, the article is truly pathetic - however many hundreds of words spent describing in tedious detail the act of making a sandwich.

Perhaps the Mail wants us to believe that supermarket sandwiches should (and/or were) be made by honest British artisans, carefully crafted out of fresh ingredients, lovingly finished by some humble yokel adding that last slice of onion.

Either way, I picture the author of this piece wondering how their career in journalism came to this.

Don't forget that Mail readers have the long term memory of a sandwich.
9 Nov 2014 "Is there no one left in Britain who can make a sandwich? Firm that supplies M&S and Tesco is forced to recruit 300 staff in HUNGARY!"
10 Nov 2014 "You Britons are just too lazy! After Mail reveals sandwich firm that supplies M&S and Tesco has been forced to find staff abroad, the Hungarians tell us why"

Talking about repeats,
"11 June 2013 No you didn't miss Glastonbury - it's the annual Appleby fair clean-up! Thousands of travellers decamp and leave rubbish carpeting the Cumbrian market town"
"11 June 2014 Overflowing skips, bags of litter, abandoned furniture and broken loos: Thousands of travellers decamp from Appleby and THIS is the mess they left behind"
"8 June 2015 The Appleby aftermath: Historic market town's green fields are left strewn with piles of debris after travellers' annual horse fair"

"glued-together mush of pulped ..." is a fair description of the DM. Perhaps Rose Prince isn't as stupid as she makes out.