In that looking-glass world inhabited by all those right-leaning Astroturf lobby groups staffed by, and interacting with, all those clever people who talk loudly in restaurants, there is universal approval for the dubiously talented array of non-job holders at the so-called Taxpayers’ Alliance (TPA). Their pronouncements are heralded as unvarnished truth. Their every move is greeted with praise. 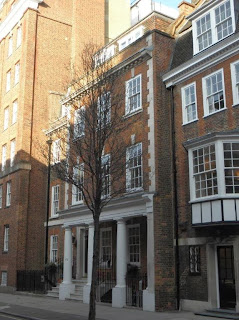 Meanwhile, in the real world, the TPA is treated on the basis of its merits, or, as is more usual, the distinct lack of them. So when the announcement arrived of a significant deckchair reshuffle on the Titanic of Astroturfing, proudly burnishing the credentials of those newly promoted, it was clearly necessary to point out that someone was talking out of the back of their neck.

The humourless Matthew Sinclair has been tempted away from the TPA to a consultancy called Europe Economics, which claims to “deliver precise and authoritative studies consistently focused on clients' requirements”, so he’ll have to unlearn all that selective and slanted reporting sharpish. But aficionados of unsmiling functionaries should not be disappointed.

That is because Sinclair is being replaced by the equally humourless Jonathan Isaby, which may please the TPA and its pals, but will please its opponents rather more. Isaby has already been memorably skewered by Polly Toynbee – he was so sore afterwards that he posted a snarky item on the TPA website trying to rewrite the encounter – and disability campaigner Sue Marsh.

Also mentioned in dispatches are Robert Oxley, who, despite the glowing accolades, is not being promoted, and John O’Connell, who is taking Isaby’s old non-job. This less than dynamic duo may be familiar to Zelo Street regulars as the one who holds the video camara (O’Connell) and the one who does the interviewing (Oxley) while his pal holds the video camera (see HERE and HERE).

The self-congratulatory bullshit says of Isaby that “during the last two and a half years has ensured that the voice of the taxpayer has reverberated around the corridors of power in Westminster and Whitehall louder than ever before”. So not at all, then: had that been the case, they wouldn’t waste their backers’ time kicking organisations like the Royal Mail for behaving like all large companies.

And all the fawning over those leaving, and those promoted, merely throws into sharp contrast the deafening silence when former Campaign Director Emma Boon left last year, something that the TPA has yet to explain. The fact of the matter is that the TPA, far from being at the pinnacle of achievement as it pretends, lost its most able media face last year and has been mediocre to crap ever since.


So it’s good to hear that this state of affairs is to continue into next year.
Posted by Tim Fenton at 17:07