Letts Not Bother With Geography

Regular Zelo Street readers will be familiar with the geographical ineptitude of the appalling Quentin Letts (let’s not), who has previously asserted that they have rickshaws in Cairo, amongst other gems. Now he has decided to go after Corporal Clegg’s wife Miriam González Durántez, probably because she was born outside the UK and is prone to talking foreign. 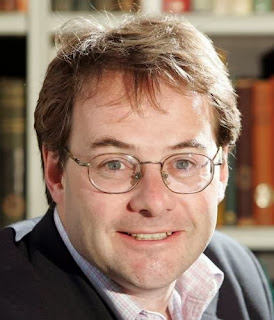 There is also, of course, Letts’ irritation with Clegg being agnostic on the question of organised religion, which a self-confessed “Middle-stump Anglican” cannot allow to pass without severely adverse comment. But here a problem enters: neither the Lib Dem leader, nor his wife, gives the proverbial flying foxtrot what Letts thinks of them or anyone else. This calls for the standby mode of gratuitous abuse.

So, as Ms González Durántez hails from somewhere in Spain, and Quent knows bugger all about the place, he has decided to call her a “castanet clacker”. The couples’ children are sneeringly referred to as “little Paella and Estepona”, which is also numerically incorrect, because as any fule kno, they have three sons. But it further establishes Letts’ ineptitude.

The “castanet clacker” meme started last May in one of Quent’s routinely abusive hatchet jobs on Clegg. This provoked a hostile response from Scottish Lib Dem activist Caron Lindsay, although her idea of complaining to the PCC would not have gone far, as this far from august body does not accept third party complaints. The article was not Letts’ last word on the subject.

He was back on the “castanet clacker” name calling in September, in the wake of the Lib Dem Conference in Glasgow, which would have been a clear affront to Quent, not being able to get back to his London haunts of an evening. Then, earlier this month, came another attack, this time with “castanet clacker” elevated to the title. So let me put Letts right on this one.

Miriam González Durántez hails from Olmedo, to the north east of Madrid, in the autonomous community of Castile and Leon. Castanets, whether they go by that name or by the name of Palillos, are part of the Moorish legacy in Spain, which means they are a feature of more southern parts of the country. So it’s wrong to call someone from Olmedo a “castanet clacker”.

Paella, an any fule kno, is associated with the autonomous community of Valencia, which is also a long way from Olmedo, as is Estepona, a town on the Mediterranean coast of Andalucía between Marbella and Algeciras. You wouldn’t call someone from Surrey a slang name associated with Scots, would you? Letts is happy to do something similar so he can drench Clegg in yet more abuse.

Deary me, lefties playing the race card again on behalf of someone else. Do you cretins actually have a life or is it your mission to to actually find offence on behalf of others everywhere?

Tim: my comment about little quent's casual racism (spaniards don't belong to a race but hey-ho quent wouldn't know this) didn't get published in the comments section. Very few did. Only 12 supportive.

My well-placed spies tell me that a PPC complaint is about to be lodged.

The word "race" does not appear in the post, and nor do any of its derivatives.

So that's an interesting admission.