The so-called Phone Hacking Trial has now started its Christmas break, and will not reconvene until the first Monday in January, which will at least give crowdsourced live Tweeter Peter Jukes an opportunity to rest his fingers before the next assault on their fabric. So what more do we know? Most of that is about the sheer scale of hacking and tapping, and the people it affected. 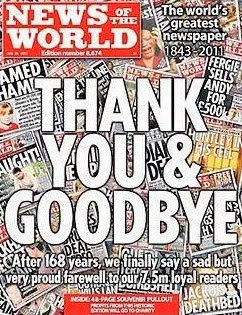 This blog is not going to pore over the details of individual messages – the victims have had quite enough exposure from the court case, thanks very much – as the roll-call of names is quite enough to get a feel for the industrial nature: yesterday it was confirmed that Prince Harry, and especially the future Duke and Duchess of Cambridge, were repeatedly hacked.

All was apparently in relentless pursuit of serving up more exclusives to persuade the punters to maintain the circulation of the now-defunct Screws. Former Royal reporter Clive Goodman is there in the dock, maintaining his not guilty plea, yet he retained Glenn Mulcaire to provide information which appears to have come solely from phone hacking. That is an interesting position.

Yet more interesting is that Stuart Kuttner, former managing editor of the Screws, did not recognise one of his own emails when questioned by Police, although, in fairness to him, he has been in poor health in recent years. Kuttner is the one who lost his rag with Nick Davies live on air over the subject of “The Dark Arts”. This outburst convinced Davies that he should investigate further.

But most fascinating of all has been the behaviour of the other two senior News International staff – Andy Coulson and Rebekah Brooks. They sat in the editor’s chair, he of the Screws, she also at the Sun, and yet they knew nothing about all the illegal actions. This is the basis for their defence. Other staff would have dealt with how stories were sourced. Not them.

Indeed, Coulson did not even come out to bat when first questioned, maintaining an unequivocal “no comment” to all questions. Ms Brooks seems to have devoted much of her editorship to ensuring her staff complied with the PCC code of conduct, a fascinating defence. Whether either of them, or any of the others, is summoned to give evidence may also prove interesting.

And what is equally absorbing is the way in which this trial is being reported: while the Daily Mail is keeping quiet, everyone else outside the Murdoch playground is running the story, although the BBC has swiftly relegated it to a position where one has to search for it. That is important: we should all be informed about this case. Because this informs the wider debate about press behaviour.

We will find out much more about that behaviour in the New Year.
Posted by Tim Fenton at 10:51

Looking forward to ace tweeter Peter Jukes updated The Fall of the House of Murdoch when the trials of all have been completed.

Not forgetting the Daniel Morgan Murder Mystery and certain developments in paedophile activities being brought to light it could be another interesting year in addition to whatever future events will throw at us.

And then on a lighter note there's always La Mensch to keep us amused.