Some interviews are interesting not just for what the subject did or did not tell their inquisitor, but also for what got left out of the finished article. This latter informs anyone interested of the priorities of the publication concerned. And, in the case of the Spectator, when interviewer and editor are one and the same, we can be doubly sure whose priorities are on view. 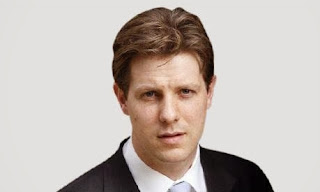 So it was with Fraser Nelson’s chat with Young Dave en route from Downing Street to Beaconsfield services on the M40. This wide-ranging interview – just how wide-ranging we are only just finding out, rather later than the publication date – covered both the Nigella and Saatchi ruckus, and press regulation, but only one of those subjects was heavily trailed and included in the final cut.

Yes, it was only yesterday that Nelson came clean: “In my interview with David Cameron in the current Christmas edition of The Spectator, there wasn’t enough space for everything – including his thoughts on press regulation”. You’re the editor, and you couldn’t find room in your own magazine. Just how credible does that sound? Not very. And nor does his reasoning.

“The press refused to sign ... and instead moved to send up a new, independent regulator which would do almost everything Lord Leveson wanted but just not at the behest of politicians. That’s how I see it, anyway”. Well, you see it wrong, then. Ipso, the press’ self-regulator, met only 12 of the 38 Leveson recommendations. And it would be open to political interference in the same way as the PCC.

Nelson cannot complain about those recommendations after he claimed that Ipso met them “to the millimetre”. That means he supports those recommendations. And they include the recognition criteria he now says he opposes. But on he goes, talking of “the politicians’ charter” while conveniently forgetting that the press also supported that idea – until they failed to get their way.

Readers are told that the cross-party Royal Charter would be illegal in the USA and Sweden, although why this would be, and the fact that the UK does not have a written constitution, are not told. He is convinced that the Charter would somehow “set the parameters under which the press operates”. This is totally untrue. It is worrying how such an intelligent man can be so staggeringly wilful.

Nelson also remains convinced that “You guys got together one night and cooked it up”. The larger part of the Fourth Estate invented this story, and now at least one of their number believes it. And he believes that press freedom would be ended, or at least curtailed, by signing up to a recognised self-regulator. It’s rather like religion: the followers can only use belief to justify their stance.

It’s not hard to see why Nigella got into the Speccy, and this bit didn’t. Sad.

[UPDATE 1620 hours: the Mail has now picked up on Cameron's remarks, which have changed in the retelling from advice to something rather more sinister. "Cameron threatens press over tougher regulation" howls the headline. There is talk of a "crackdown".

Ipso is described as "a tough new regulator, independent of politicians", which it isn't. But the Dacre doggies do get Douglas "Kamikaze" Carswell to pass adverse comment on the cross-party Royal Charter and talk of forcing the press "to publish under licence", which, like most of what Fraser Nelson talks about, would not happen to any publication signed up to a recognised self-regulator.

But good of the Mail to let everyone know that the slightest suggestion that going along with the cross-party Charter is not opinion, but a threat. By tomorrow's print edition, it may also have become an end to press freedom as we know it, and is highly likely to have also become "chilling". No change there, then]
Posted by Tim Fenton at 10:41