Yesterday brought a strange excursion from the loathsome Toby Young, as he went off on an accusatory rant about Wales. Tobes has discovered that the Pisa rankings for schools, that he has tried to pin on Tone and Pa Broon, despite his team and therefore Michael “Oiky” Gove having been in charge for more than three and a half years, are worse for Wales than England. 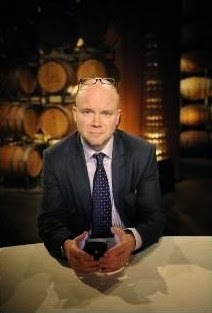 So off goes Tobes on a suitably selective spin about how those rotten lefties have made a mess out of education in the Principality, despite Labour not having had overall control in Wales for much of the time since the Welsh Assembly came into being. A higher than average percentage of public sector employment is also held to be behind the school results, as if this influences all other employment.

Quite apart from the suspicion that the Pisa rankings are not the be-all and end-all of educational achievement, and that there are other potential factors at work here – such as problems in dealing with the loss over the years of much of the employment that depended on mining and heavy industry, together with the health problems that those industries left behind – it does appear to be a “look over there” exercise.

Might there be more less than totally favourable news coming down the track on the subject, for instance, of Free Schools? You betcha, says Sarah: another Free School has confirmed that it has parted company with its head teacher. “Lee Faith who has been in charge at the school since it opened in September 2012, is quitting his post, making him the latest in a long line of headteachers to leave their jobs at free schools after less than two years” reports the TES. Where that?

The last sentence sounds a little like someone is trying to import the much-vaunted long hours culture of countries like South Korea, which does very well in Pisa rankings at the expense of children having a life outside non-stop schooling. Small wonder that Tobes would rather talk about Wales and play yah-boo at Her Majesty’s Opposition in support of his hero “Oiky” than mention it.

As Russell Hobby of the NAHT noted, “Heads of free schools are under immense pressure from the government to get good results”. The list of the departed, of course, also includes Thomas Packer, first head teacher of the West London Free School, Tobes’ own baby. And that’s another thing he doesn’t seem keen on discussing. But the departures are happening, so talk about it we must.

And saying “look over there at Wales” will not stop those discussions, Tobes.
Posted by Tim Fenton at 17:10

It's almost laughable how his logic works. "Labour have been in charge of Welsh education since 1999... Since 2007 the welsh results have slipped" yet incredibly he manages to come to the conclusion that this is not his beloved Mr Gove to blame, but those scummy leftie socialists. Presumably he thinks the crippling effect of labour increasing educational investment took a good 14 years to cripple the Welsh education system. I guess it's easier for him to believe this than blaming his beloved Tories.

There is another issue which all London based media will have missed completely because their Oyster cards won't stretch that far.


A lot of schools in Wales use Welsh as first language.


I think that might affect the English scores to start with!

But it has an unfortunate side effect. Try buying text books in Welsh for any other subject. It does tend to limit potential. And that's before you try to recruit the best maths and science teachers - Stephen Hawking wouldn't get the job because he can't do it in Welsh.

I don't recall the Conservatives ever saying this was wrong and should be stopped.


But more importantly, has anyone really looked at PISA? It's based in Paris and run by foreigners so you'd have thought the Tories would have been rubbishing it for that alone. And that's before the quality of the testing is looked at, there have been a number of studies and they raised serious doubts - for instance the study done by Copenhagen University in 2011 that found that "like with like" was not being compared in different countries, that some tests were not being completed and modelled marks were awarded. Plus a list of other dubious short cuts.

Begs the question why the Conservatives who have run the Department for Education for the last three and half years have bothered to continue with the scheme.

A number of Welsh schools do have Welsh as the first language. They are known here in Wales as 'Welsh Schools'. Although they are taught in Welsh they still have English language lessons in the same way that the vast majority of other schools in Wales are taught in English and offer Welsh lessons although its usually dropped by students as soon as possible.

Plus, of course Welsh language students are bilingual.

Methodology can be found here: