Nothing, but nothing, should surprise those in the UK at the antics of those who host, and appear on, shows on Fox News Channel (fair and balanced my arse). And so much of what happens on Roger Ailes’ patch goes unreported here, unless it really does venture across the batshit meridian. Such a crossing occurred last Wednesday, and not in the kind of show where one might expect it. 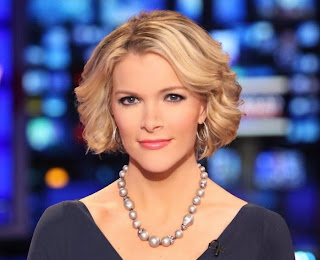 A discussion was taking place on The Kelly File, the newly created primetime vehicle for upcoming Fox host Megyn Kelly, which airs in the 9PM Eastern slot formerly occupied by professional loudmouth Sean Hannity. Ms Kelly asserted that “Jesus was a white man ... It's like we have, he's a historical figure that's a verifiable fact, as is Santa, I just want kids to know that”.

Sadly for Ms Kelly, this is probably wrong on both counts, especially if you trace Santa back to Saint Nicholas, who was a Greek cleric, but was born, and lived, in what is now Turkey. Jesus of Nazareth, who was born in what is now the Palestinian part of the West Bank, would not have been white, despite later reimagining for the convenience of the religious.

Now, some may shrug this off as another Fox News episode, but for the fact that Megyn Kelly is not normally given to the kind of batshit display typified by the likes of Hannity and former host Glenn Beck, who was removed from his weekday afternoon berth after the conspiracy theories and unhinged ranting became too much even for Ailes and his pals.

Indeed, it was during the Presidential Election in November last year that Ms Kelly memorably pushed back against Republican strategist Karl Rove, after he had objected vehemently to the channel’s prediction that Barack Obama had beaten Mitt Romney. “Is this just math that you do as a Republican to make yourself feel better? Or is this real?” she countered, as Rove claimed it was not yet over.

Then, in what can be seen as a masterclass in defusing tension, she got up from the hosts’ desk and walked across the studio to where Fox’ number crunchers were working on the results, confirming with them that their projection was as statistically certain as to make no difference. On returning, Rove had, albeit less than happily, calmed himself and accepted the inevitable.

So it’s doubly sad that she should come out with such a completely left field comment, following it with “How do you revise it in the middle of the legacy in the story and change Santa from white to black?” when Saint Nicholas was neither. I know that the Fox News audience is mainly of older people who are conservative by nature, and overwhelmingly white, but that is no excuse.


That’s a strange way of convincing the world that you’re fair and balanced.
Posted by Tim Fenton at 12:39

I was disappointed to read that Jesus was not an Arctic fox. The idea of a Saviour with a bushy tail has some appeal.