For those of us who have followed the to and fro of the press regulation debate following the publication of Lord Justice Leveson’s report a year ago, the behaviour of the press has been, although predictable, a thing of wonder to behold. Rarely can so much flagrant dishonesty have been passed off as fact, as the Fourth Estate tried in vain to pretend it was doing something it had no intention of going anywhere near. 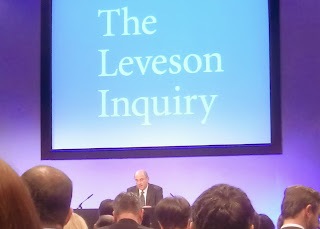 The latest twist in the saga is the triumphant announcement that the press’ supposedly new, tough and independent regulator, the Independent Press Standards Organisation (Ipso) has been signed up to by most national and regional papers. But no-one should be fooled: Ipso is neither tough nor independent, and is new in name only. It is a fraud which the public will not buy.

We know this as every test of opinion shows that there is little support for any kind of press regulation that is not independent of both politicians and industry. Of course, that claim is made for Ipso, but it would be overseen by Lord Black of Brentwood, and thus the problem in one: he is a Tory peer (and therefore a politician) who sits on the board of the Telegraph group.

Still, Mike Darcey, CEO of Rupe’s News UK, was still drinking the Kool-Aid this week, calling Ipso “robust” and telling “[its] aim is to ensure our award-winning journalism is responsible as well as robust. We have already strengthened our internal procedures and set ourselves the goal of being the best governed media company in the world, so it is right that we were among the first to sign up”.

And the other main protagonist, the empire of the legendarily foul mouthed Paul Dacre, was pushing the new regime: “Publishers put their names to rigorous new Press regulator ... Publishers met yesterday to sign contracts for the tough new Press watchdog to be launched shortly by the industry”. They even had a new Parliamentary stooge, Tory Richard Drax.

Brian Cathcart of Hacked Off was unimpressed. “Whom do they have on their side? Each other ... IPSO is a product of that bunker mentality”. There is also the problem that, despite a number of press figures lining up to say that Ipso meets the Leveson recommendations, it has been checked over by the Media Standards Trust and found to pass only 12 of the 38, with 20 in the definite fail category.

On top of that, there is the minor problem that the Independent, Financial Times and Guardian have not signed up to Ipso. The amount of arm-twisting that will be going on will probably be another sight to behold, because if those papers join a regulator that is recognised under the Royal Charter, Ipso will only last until the next scandal. And the consequences could be expensive for its signatories.

What you will not read in most of today’s papers. So no change there, then.
Posted by Tim Fenton at 13:06

IPSO sounds like the british Parking association. Its not a regulatory body, its a trade association.

I can't wait for dacre and Murdoch to get whippety-whippety-whip-whip-whipped into submission by a few high-profile and very expensive cases. They've chosen to learn the hard and messy way. In an ideal world their childish petulance would bring about the collapse of both NewsUK and DMGT, to be replaced by truthful and responsible publications. I can but dream.

I tried to warn everyone about Dacre and Associated Newspapers during Leveson, but no one seemed to listen. I gave the Inquiry team several questions to be put to him and his legal team and none were asked. And my libel claim against them remains stayed for costs. Here it is Human Rights Day and I've had no access to justice after being libeled by the worst press in the world.

Look what Dacre did to Ed Miliband and continues to do to Labour politicians and their policies. Doing his best to scare them off implementing the Royal Charter.

As for Lord Black, we are all in this together springs to mind. What about his partner, Mark Bolland? The upper crust version of Max Clifford. Can't believe he was never called to give evidence to Leveson. He had a column in the News of the World called, Blackadder, after he worked for Prince Charles. It ran during the time when phone hacking was rife.