Freddie Forsyth Gets Paid For This

There is a saying in God’s Own County relating to any piece of work that is considered next to worthless: “I wouldn’t pay you in washers for that”. Well, such workmanship also exists in supposedly credible national newspapers, like the Express, and one particularly deserving washer recipient is Frederick Forsyth, whose latest rant has clearly not been subjected to the most basic fact check. 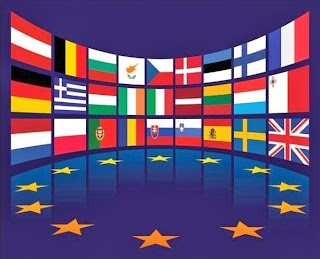 Fred starts off his anti-EU rant by telling how what was then the EEC had just six members when we joined, of which the Benelux countries were “tiddlers”. Go and say that loudly in downtown Rotterdam of a weekend. And then “When we joined in 1973 along with Ireland and Spain that made nine”. Spain joined when it was still a dictatorship, did it? He should have said Denmark.

Then he talks of former Warsaw Pact countries joining the EU following the fall of the Iron Curtain, and tells how Czechoslovakia and Hungary were “desperately poor”. Been there of late, Fred? Thought not. They’re maybe not as expensive to live in as the UK, but there’s nothing “desperate” about them. Never mind, he also says Slovenia is poor. So he hasn’t been there, either.

And then we get onto borders: “To this you can add the most generous and gullible social services in Europe and porous borders. Why not move and improve yourself? Why not bring the family and settle? There is absolutely nothing we can do about this”. He hasn’t tried to claim benefits recently, either, or he’d know there is nothing generous about the system. Or that EU migrants don’t come here for that.

In Forsyth’s world, migration is only an east to west phenomenon. It’s as if those two million Brits who have migrated south and south-east did not exist. And, as his argument is based on the idea that all the bad things about EU migration come out of former Communist states, he ignores southern European migration, especially from countries like Portugal and Italy.

“But if western Europe is a magnet to the ambitious young of the old communist states why is Britain the biggest magnet of all? Simple. It's the language” he asserts, and once again the larger picture is discarded: if any one EU member state is a “magnet”, it’s Germany, and Forsyth’s strange argument that being taught English as a second language means they’re all coming here falls flat.

“Our politicians signed away our border sovereignty years ago and short of leaving the union there is no way we can re-establish it”. We had large-scale migration before joining the EEC, we’d still have it if we left. That’s part of how countries evolve. I do hope Richard “Dirty” Desmond isn’t actually paying Forsyth to write this singularly un-researched drivel – he’d be better off getting an office junior to do it.

Forsyth once wrote properly researched novels. How the mighty are fallen, eh?
Posted by Tim Fenton at 17:04

Is Forsyth still resident in Ireland because of its tax laws?

Tim: Forsyth involved himself heavily in research re his novels ( allegedly he made enough from 'the day of the jackal' to retire) and for this he deserves respect.

But much of what he wrote afterwards is utter bilge (I'm including 'the Odessa file', which read well in '78 when I was 15 but now comes across as shite - notwithstanding the Simon Wiesenthal thing).

He represents a shrinking constituency of flag-waving OAP's who still can't accept 'loss of empire'.

Of course Forsyth gets paid for this - in fact, the brief from Richard Desmond is probably to whip up as much anti-EU hysteria as possible irrespective of the facts.