Poppy Shaming Goes Over The Top

In the days after the death in 1997 of Diana, Princess of Wales, grieving became compulsory. It didn’t matter if you were totally disinterested in the affairs of Royalty and the complicated life of the woman whose first son is now second in line to the throne, and woe betide anyone who opened for business on the Saturday when her funeral was held. 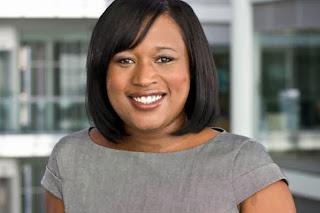 That memory is what comes flooding back when news of the latest, and all too regular, act of mass shaming appears on the radar. And this time, it’s an annual event: yes, welcome to poppy shaming. You’re on telly any time from early October to mid-November? You must wear a poppy. You must wear a red poppy. And your red poppy must be prominently displayed.

You think I jest? Enter ITV newsreader Charlene White, who not only reads the news, but also supports a shed load of charities, either at specific times of the year, or on one-off occasions. And the British Legion Poppy Appeal, which benefits from the sale of all those poppies each Autumn, is a charity like any other. Ms White has taken the decision not to promote any charity while on screen.

So far, so sensible, but with Poppy Shaming – sometimes also called Poppy Fascism – there can be no common sense explanation for not wearing the obligatory poppy. So Ms White has had to bear the brunt of a veritable tsunami of abuse, much of it sexist, racist, or both. Yes, someone born in south London has been told to “go back to where you came from”.

While Ms White moseys over to the DLR, the question has to be asked: what business is it of anyone whether any TV presenter chooses to wear, or not to wear, a poppy? After all, as Metro has shown in its headline on the ruckus, this is a choice, not a compulsion. The whole idea of the Poppy Appeal is that much of the income goes to those who defended freedom in the Second World War.

Freedom includes the choice not to join in the public display of poppy-wearing. After all, Ms White has made a donation to the Appeal, and she is doing nothing this year that she has not done for several previous years. And it’s not as if she is unaware of the job the armed forces do: her father is ex-Royal Air Force. So fair play to Charlene White, and long may she continue to make her informed choice.

Hopefully, in time, the originators of the abuse will find something else to interest their remaining active brain cells, or merely crawl back under their rocks.
Posted by Tim Fenton at 12:59

Wearing a poppy is an insignificant way to honour those who sacrificed their lives to protect our freedoms.

It could have been worse. Imagine what the Mail would have made of it if she had been a BBC newsreader.

The most insane piece of bowing down to the poppy police came at the weekend. Some hard to recognise (due to weather) TV reporter had gone to Indonesia to report on the typhoon, and in the middle of the storm was desperately trying to hold a poppy on his shirt. Because despite being in the middle of a storm that was affecting the quality of the pictures and trying to break news of a disaster that had killed thousands he knew what would happen if he appeared without his poppy.