HS2 – Cameron Not In Charge

Some weapons grade guff is being talked about the HS2 project right now, and mainly about which of the Westminster parties is really driving this train. As might be expected, those of a right-leaning persuasion are convinced that Young Dave and his jolly good chaps are in the left-hand seat in this particular driving cab. But my conclusion is that they’re at the other side, just keeping the tea warm. 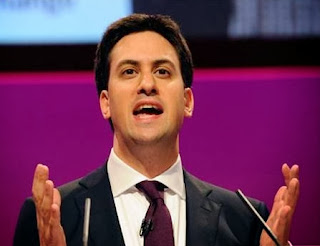 After “Auguste” Balls dropped heavy hints recently that Labour might pull the plug on the exercise, and phrases such as “no blank cheque” were liberally scattered around, the Coalition fought back: “David Cameron says Labour is guilty of playing petty politics with HS2” proclaimed the Manchester Evening News late last month. The warning was clear: Labour was endangering the project.

This was the exact argument advanced yesterday by London’s occasional Mayor Alexander Boris de Pfeffel Johnson, when he effectively climbed off the fence, abandoned all those against the project to whom he had given so much false hope, and fell in behind his party leader. Sadly, Bozza had – not for the first time – not been doing his research.

Balls is not the only senior Labour figure talking about HS2: Andrew Adonis, an enthusiast for rail if ever there was one, has been advising Mil The Younger, and the Staggers warned last week that the party was planning to claim victory by positioning itself as the ones that forced the Coalition to get costs under control. The HuffPost also suggested that Labour was “setting a trap” for the Tories.

Well, whatever trap was being set, Cameron has walked straight into it: “Opponents of the HS2 rail link are ‘putting our country's future at risk’” reported the BBC, also noting “Mr Cameron also said the new boss of HS2 would find ways to cut the estimated £50bn cost of the scheme”. So now came the admission that the cost of HS2 may be revisited, and economies sought.

But the Daily Mail was sticking with support for Cameron: “David Cameron pledged to bring down costs of High Speed 2 line ... He will task HS2 head with report into how £42.6billion budget can be cut ... Takes a swipe at Labour over its faltering support for link to the north ... The Prime Minister vowed to take on Labour's claim to be the party of the north”. Good stirring stuff, eh?

It was left to the deeply subversive Guardian to let slip what was really happening: “Prime minister to ask Sir David Higgins to bring north-south train line in under budget after opposition raised concerns” was the sub-heading, with this observation in the text: “his move to cut costs suggests Ed Miliband has put him the back foot”. Yes, the Labour leader has once again put one over on the PM.

iDave's campaign to get a grip on budgets may be a harder job than he thinks. Starting with transport minister Goodwill who got his own departmental budget wrong by a factor of 3!!