As citizens of the USA prepare to commemorate Thanksgiving later this week, those helpful people at the Institute of Economic Affairs (IEA) have brought forth a turkey of magnificent proportions in the shape of a “Discussion Paper” entitled “Transport Infrastructure: Adding Value”, authored by one David Starkie. It claims to be “peer-reviewed by at least one academic or researcher who is an expert in the field”. 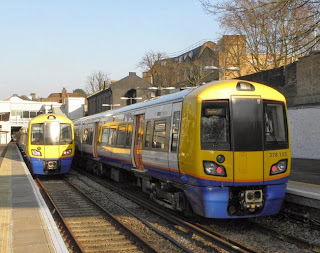 One can only guess which field that reviewer was standing in when he checked Starkie’s work over: a glance at the ideas being put forward for getting more out of passenger rail capacity show all too clearly a lack of understanding of the economics involved, an ignorance of the commuter rail experience today, and a willingness to make spurious comparisons with other transport modes.

Take this opener: “The public sector should learn from the continual experimentation of the private sector and address the quality issue by exploring the different preferences that travellers have for different attributes of the transport service. Consequently, when adding capacity, it should offer travellers a choice of different price-quality bundles, in the manner of the de-regulated aviation sector”.

So train operators should be free to limit capacity to the number of seats available, set draconian limits on accompanying luggage, and then put on and take off routes on a whim without being too fussed about punters’ travel plans? Because that’s the reality of carriers like Ryanair. But do go on: “Rail commuters, for example, could be given more choice regarding the quality of service and the cost of fares”.

And how would that one work? “An additional high-density ‘economy class’ section could be introduced on commuter trains, access to which would be priced during the peak at a large discount to current fares. From the resource cost point of view, there would be more passengers on a standard- length train without the recourse to high levels of taxpayer-funded investment in expensive new infrastructure”.

OK, now I’ve read enough of this rubbish. So it’s time to put Starkie and the IEA straight. Many trains already have higher density layouts: new trains for London Overground are laid out not unlike tube trains, to get more standing room. This is fine because of the comparatively short distances travelled. Other operators have removed some seats to provide more standing room.

Then there are high density interiors with 3+2 seating. All are already in service, and tailored to get the most out of train capacity – while considering the length of journey that will be undertaken. Whole train sets are thus configured – this ensures economies of scale for fitting, maintenance and cleaning. This is the reality of commuter travel throughout the world today.

That, IEA people, is the real world. The one you would do well to join sometime.
Posted by Tim Fenton at 10:53

And to add to the point about the 3+2 seating configuration: this is already in use on the London Midland services out of Euston. In spite of this, load factor still goes up to 162% on some services. (This will be temporarily relieved next year when 110 mph trains allow a few extra trains to be squeezed in, but it won't be long before growth swamps that extra capacity.) HS2 will relieve this be allowing the southern end of the WCML to be dedicated to more stopping services whilst long-distance mostly uses the new line. You might get some more capacity by turning seats over to standing, but everyone standing for at least half an hour? You've got to be joking.

And remember, folk, most antis quite happily cozy up to the IEA, whose anti-rail agenda is always this blatant. We really need to get the message across that groups such as StopHS2 and HS2AA are no friends of rail passengers. Not long distance passengers, not commuters, not wealthy passengers, not hard-up passengers. Antis who claim they have the interests of ordinary commuters at heard are either lying or gullible.

(And that's before we move on the the discrepancy between StopHS2's claims they're standing up for notherners and their best mates in IEA decrying the entire north as subsidised and unproductive and calling for government jobs to be relocated to London.)