Telegraph – UKIP If You Want To

The Maily Telegraph is giving off a glow of excitement today at its exclusive interview with Paul Sykes. Who he? Well, we are told that he is a “Yorkshire Businessman”, which is supposed to mean he is a straight talking sort who has had to shift lots of muck to get his hands on his pile of brass. Thus he is accorded gravitas when it comes to his decision to allocate his scarce resources in the direction of UKIP. 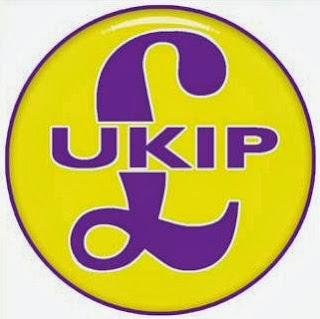 And the paper has clearly decided to, as they say Stateside, leverage the Sykes interview into a matter of national import, with two supporting articles, plus two more puff pieces from those who inhabit the bear pit that is Telegraph blogs. Sadly, the rest of the press, having not participated in the process, has decided not to bother even lifting the copy. So it’s not much of a story.

Sykes has decided to bankroll Nigel “Thirsty” Farage and his band of devoted followers for next year’s elections to the European Parliament, where Nige and the other UKIP MEPs occasionally turn up to make mischief, play yah-boo at all those ghastly foreigners, and then head to the payout window to claim More And Bigger Expenses For Themselves Personally Now.

So why is the Tel bothering with this crowd? Well, apart from having to inflate the Sykes interview to fit those big broadsheet pages, there is also their duty to the Tory Party: the readers must be warned about the UKIP threat and kept on-side. So, despite the routine crap about the UK having its borders restored by the gallant Farage, there has to be a Labour frightener thrown in.

“Sykes and Ukip could put Labour into No 10 ... Mr Cameron should be wary of Ukip. The 2015 election could be decided not by a clash with Labour but a feud within the Right”. Yeah, right: UKIP draws its support from across the political spectrum. Its policies other than on the EU are at best confused: Farage gives the impression of changing tack even between pints (pace HS2).

But on ploughs the Tel, with Benedict “famous last words” Brogan proclaiming “UKIP hits the jackpot”. Big deal. Sykes bankrolled them before, and just because he made a pile of dosh does not legitimise his eccentricities. And the last word on this non-story? “Make no mistake: Paul Sykes's return to the Ukip fold is game-changing” says Michael Heaver. Who campaigns for UKIP.

UKIP may poll well next year. They may not. But the effect of having Sykes’ personal largesse behind them will be marginal at best. What the Telegraph is doing is to demonstrate the cheapness of so much newspaper journalism nowadays: they’ve got a single interview and have talked it up endlessly, in order to extract as much as possible from someone’s day return to North Yorkshire.

Still, it makes a change from Twitter and Facebook. So that’s all right, then.
Posted by Tim Fenton at 10:46

Unfortunately BBC R4 Today also allowed My Sykes an interview with attendant references in their "headline" news.
This when at the same time they are downsizing their less than "important" services i.e. losing their post of science edtor and one (50%) of Newsnights dedicated foreign reporters.
Becoming more like BBC Fox News everyday? But as long as they retain Strictly Whatever..........

Sky news has been interviewing Mr Sykes too