After the ruckus over border checks on those crossing from Gibraltar to Spain recently, the European Commission (EC) sent a team to investigate the dispute, which they did during the 25th of September. Now, the EC has given its verdict, which is that “Checks by Spain at its border with Gibraltar did not break EU laws”. This is not what some observers wanted to hear. 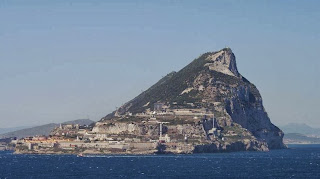 Therefore there has to be spin applied to the affair, and first to file his fabrication was Bruno Waterfield, the Telegraph’s point man in Brussels, who has continued the tradition of his illustrious predecessor Alexander Boris de Pfeffel Johnson and engaged in a little creative reinterpretation of the facts. “Britain has challenged an EU investigation that clears Spain of illegal Gibraltar border checks” he proclaims.

Really? Do go on. “Spain has been cleared of British accusations that it broke European Union law by increasing checks at the border crossing with Gibraltar in retaliation for a dispute over the Rock's territorial waters”. Masterful false inference there: the EC was “addressing the issues raised by the border and customs controls between Spain and Gibraltar” and nothing more.

So stop claiming that the EC investigation was anything to do with the fishing dispute. And the conclusions of that investigation are that “the Commission has not found evidence to conclude that the checks on persons and goods as operated by the Spanish authorities at the crossing point of La Línea de la Concepción have infringed the relevant provisions of Union law”.

However, and there is inevitably a however where EC judgments are concerned, it is recommended that Spain make more vehicle lanes, or better use of those at present in use, as well as more intelligent profiling of potential smugglers, and perhaps most importantly to cooperate in the exchange of information with the Gibraltar authorities. There are similar profiling and cooperation recommendations for the UK.

To no surprise, the Telegraph is inferring that the Spanish authorities made the crossing work rather better just for the Commission’s visit, and is eagerly reporting anyone who is unhappy that Johnny Foreigner did not get a jolly good ticking off for being beastly. The perpetually thirsty Paul Staines and his rabble at the Guido Fawkes blog have gone further, asserting “European Commission backs Spain”.

So they’re supping the usual strong stuff at the Fawkes blog, then. But the message, which the Telegraph and some rent-a-quote politicians would rather not hear, is that, as ever, it takes two to tango, and that cooperation, together with the application of a little common sense on both sides, is the only way forward, much as the Tel’s readership would love to see Young Dave send a gunboat.

What you will not read in Europhobic papers any time soon. No change there, then.
Posted by Tim Fenton at 15:49

The issue that they visited on the one day when all was running better was also the line from the Gib head honcho.

I have no time for the Spanish Government’s behaviour over this matter (I don't believe for 2 seconds it's about tobacco smuggling), but on this occasion I can see where the European Commission is coming from. I think what they're trying to do is stop a delicate situation from escalating, which would cause the EU and everyone else no end of problems. That's why I think they're trying to treat it as a tobacco smuggling dispute.

My advice for the UK and Gibraltar authorities is to follow the EU's recommendations to the letter. That way, if the Spanish government pull another stunt like that, they won't have a leg to stand on.