Hodges Does Not Want To Understand

I frequently disagree with the opinions expressed by Dan Hodges, formerly the Colonel Nicholson of the Labour Party, but that does not detract from the fact that he is a highly intelligent writer. Hodges is not stupid. But when it comes to comprehending the recently signed Royal Charter on regulation of the press, he gives the impression of being unable to comprehend it – at all. 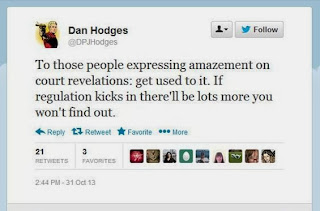 Dan wants everyone to know that, whatever else is in that Royal Charter, there will be prior restraint: “To those people expressing amazement on court revelations: get used to it. If regulation kicks in there’ll be lots more you won’t find out”. There is no prior restraint. No paper could be prevented by a recognised regulator from publishing anything. Dan should know this. 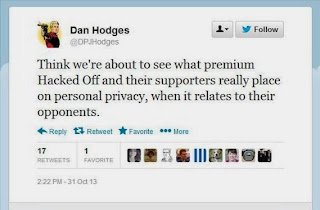 He also knows to paint Hacked Off as the bad guys: “Think we’re about to see what premium Hacked Off and their supporters really place on personal privacy, when it relates to their opponents”. Backing that one up with the teensiest factette? No, thought not. Hacked Off is not about dividing and ruling – that’s one for Dan’s new pals in the press. Hacked Off represents the victims of press intrusion. 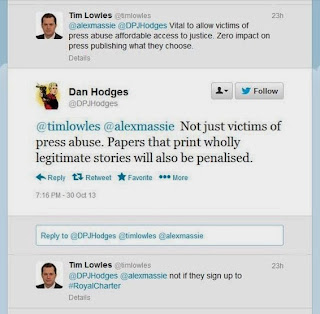 But then it’s back to telling whoppers about the Royal Charter: “Papers that print wholly legitimate stories will also be penalised”. That would depend very much on the accuracy of what is published – in other words, exactly the same as at present, and nothing to do with the Royal Charter. One would expect a journalist to know and understand the scope of the regulator’s powers. 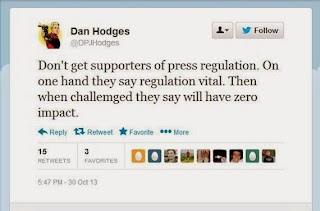 And then it’s on to the truly wilful: “Don’t get supporters of press regulation. On one hand they say regulation vital. Then when challenged they say will have zero impact”. Independent regulation will indeed have zero impact – on the press’ ability to investigate, publish and hold power to account. But that regulation is vital for public confidence, and its ability to give victims of abuse the means of redress. 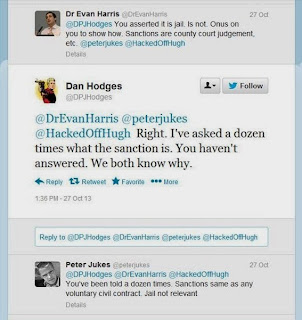 But Dan has one last trump card – editors will go to jail! And those beastly Hacked Off people won’t explain themselves! “I’ve asked a dozen times what the sanction is. You haven’t answered. We both know why” he told a clearly exasperated Evan Harris, who had just, er, answered him (civil contracts do not, and cannot, include jail, which is a criminal sanction). Yes, the “jail” assertion is just another whopper. 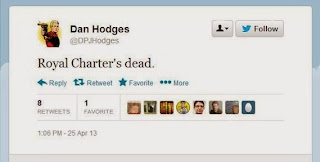 So he’s calling the Royal Charter wrong, but at least he’s consistently wrong: back in April he asserted “Royal Charter’s dead”, in another hilariously bad call. The only difference between then and now is that back then he was guessing wrong, and now he’s taken the Murdoch shilling, he’s just being wilful. He who pays the piper still calls the tune, especially if the piper is desperate enough.

All of which means that Dan Hodges has become yet another sellout. Sad, really.
Posted by Tim Fenton at 10:50

Of course the ultimate test will be if/when when Murdoch decides Labour look like winning the next election and so decides to support them.

Pam - The ultimate test of what? For whom?

I don't think that it is completely true that Murdoch always backs the likely winners in the next election. Murdoch supported Labour in 1997 in part because they were likely to win anyway, but also because he feared that Major might act against Murdoch's dominant position in the media and because he thought that he could manipulate Blair to not act against Murdoch's dominant position. At present Murdoch supports the Conservatives, but that doesn't stop him doing things to destabilise them simply to remind them of his power.

And I don't think that many people on the left will change their opinion of Murdoch if he decides to support Labour. They know very well what a poison chalice Murdoch's support can be.