What Did Your Daddy Do In The War, Dacre?

While the useful idiots continue to crawl out of the woodwork and register their craven and grovelling support for the legendarily foul mouthed Paul Dacre in his attempt to smear Mil The Younger by slagging off his late father, some of more inconvenient thought have turned their attention, just for the sake of equivalence, you understand, to Dacre’s own father, and his war record. 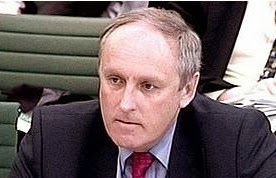 Peter Dacre was born in 1925. According to the Telegraph’s obituary, “After leaving Batley Grammar School aged 16, the young Dacre found a job with the Doncaster Gazette. Three years later he went to London, to work for the News Review, before being hired by the Sunday Express. For a time he was personal assistant to Lord Beaverbrook”. Now there’s a World War 2 name worth dropping.

Max Beaverbrook was a member of Winshton’s war cabinet. He was Minister of Aircraft Production, then Minister of Supply, Minister of War Production and, when the young Dacre started in Fleet Street, Lord Privy Seal. He was a confidante of Churchill. If anyone needed a minor favour – like staying in Civvy Street rather then being inconvenienced by going off to war – he would be your man.

Because Peter Dacre, being British born, and resident in the UK, would have been subject to conscription at the age of 18 – unlike, for instance, Ralph Miliband, who was not a British national, and therefore could have sat out the conflict, but volunteered at the earliest opportunity to serve, and was enlisted in the Royal Navy. That’s the same Ralph Miliband that Peter Dacre’s son is now vilifying.

So the question has to be asked, in the light of Dacre and his attack doggies going after Ralph Miliband – what did his Dad do in the war? Did he have some kind of pre-existing medical condition that he cited in order to remain in Fleet Street? Was some discovery made at his forces’ medical that led to him being rejected as unfit for active service? Or did Uncle Max swing it for him to stay behind?

Was he, perhaps, a conscientious objector? That would have been no bad thing, although the popular press at the time – like the Daily and Sunday Express, Beaverbrook’s titles – gave such people a very hard time. What is clear is that Peter Dacre remained in Fleet Street as a showbiz reporter, which was not going to cut the mustard as some kind of vital and therefore reserved occupation.

What is not in question is that Paul Dacre’s father remained in Fleet Street while Ralph Miliband risked his neck for the country that Dacre now says he hated. Moreover, had the Nazis captured him, they would have killed him. After all, Ralph Miliband was Jewish. And we all know what the Daily Mail (current editor: Paul Dacre) said about Jews during the run-up to World War 2.

So, Paul Dacre, what did your Daddy do in the war? No pressure, then.
Posted by Tim Fenton at 16:40

"Moreover, had the Nazis captured him, they would have killed him."

Absolutely. European Jewish servicemen were indeed captured by the Nazis and often only survived because they'd been prepared with fake identities and training in the tests the interrogators did, such as writing the number 7 without the continental style line through it. Look up the story Peter Nagel, a Berlin-born commando who went on Bruneval as a translator and was captured at St. Nazaire.

By the way, does anyone know what Ralph Miliband actually did in the Navy?

I don't know about you, but I'm not expecting an answer.

I find it risible when types like Dacre have a go at Miliband Snr (Jew! Marxist!) when Daddy Dacre had a comfy war in Laandaan whilst Ralph sweated it out on D-Day.