The news that a consortium led by EDF, which is 85% owned by the French Government, is to build the new nuclear power station at Hinkley Point has unsettled many in the right leaning part of the Fourth Estate, who seem not to have noticed that foreign-owned companies have already made inroads into many industries formerly owned by local or national Government. 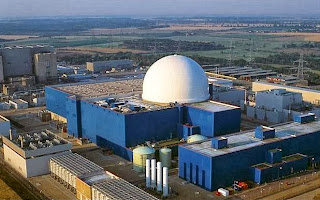 Not controlled by villain with white cat on lap

Particularly vexed by the news has been faithful Dacre servant Alex Brummer, telling anyone who will listen “Terrifying loss of control to foreigners: This nuclear deal is a devastating indictment of the muddled approach of successive governments”. Once again, the incitement of xenophobia from the Daily Mail. And Brummer makes a particularly poor fist of his attack.

“Other Western democracies, including France, Germany and the United States, are retreating from nuclear investment”. France is still building them and has a huge civil nuclear programme. The USA retreated years ago, thanks, but still operates many nuclear stations. “Two similar new nuclear plants – in Finland and France – have been subject to long delays”. Someone else takes the design hit. Good.

“Perhaps worst of all, the UK is effectively ceding control of a vital aspect of the nation’s economic and technological security to overseas owners”. You think that those owners sit there with their hands on the on/off switch? “Another serious risk is that sophisticated technology for our nuclear plants, made by Rolls-Royce and other UK high-tech engineers, could be copied by Chinese firms”. What?

Rolls-Royce make turbines. You think the Chinese haven’t figured out how to build one of those yet? “The biggest blunder was made by Gordon Brown when in 2006 British Nuclear Fuels sold off Westinghouse Electric Company”. Soil the bed, Pa Broon wasn’t PM then, it was a commercial decision by BNFL, and yet he was somehow doing the deal as well as all his other jobs? Get out of here.

And here comes the old chestnut again: “Britain, the first country in the world to inaugurate a nuclear power plant at Calder Hall in Cumbria 57 years ago”. It wasn’t the first, and it was built to produce weapons grade plutonium. Electricity generation, such as it was, was considered to be a beneficial by-product. Once again, reporting of nuclear power is shoddy and inaccurate.

Allied to this is the sudden rank paranoia over foreign ownership. Many of the UK’s rail franchises are run by foreign companies or joint ventures. Many bus operators, especially in London, are foreign owned. Some of the big energy companies are too (including EDF, the leader of the Hinkley Point C consortium). The Daily Mail has little trouble here. But say “nuclear” and it induces blind panic.

and of course, loads of nuclear power stations is a UKIP policy* so you'd think the Mail would support them.

All those papers supported privatisation: what did they imagine would happen?