Demonstrating that it is no more than a broadsheet version of the Mail, the Telegraph went EU bashing at the weekend by pre-empting a report from the European Commission (EC), asserting that this revealed “there has been a sharp rise in the number of EU migrants without a job living in Britain” to more than 600,000. Then they shouted “benefit tourism”. 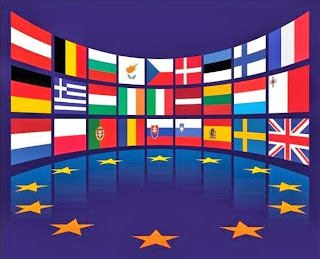 And, as so often with these figures, it was a flagrantly misleading claim, as the number actually claiming Jobseeker’s Allowance was 38,000, but then, add a zero and then a bit more for luck, eh? Added to that is the inconvenient fact that it is not possible to come to the UK from another EU member state and claim benefits immediately. So there can be no “benefits tourism”.

But the Tel was not going to let it rest with just the one story, so yesterday it upped the ante by reporting “A Downing Street Spokesman indicated that Mr Cameron is supportive of those who believe there should be more restrictions on free movement of Labour, one of the core principles of the EU”, without also letting readers know that this is a double-edged sword.

Because those in the UK can migrate to other EU member states, where of course they become expats, as migrants is now such a loaded term, and applies only to those who talk foreign. And we, too, have our fair share of “migrants without a job” living in the EU but outside the UK. There are over 850,000 such migrants in Spain from other EU member states.

And 15% of these – around 140,000 – have been contributed by the UK alone (one measure puts the figure at 246,000). Given the recent state of the Spanish economy, and the unemployment rate among its country’s own citizens, one might think that they would have rather more cause for concern about “benefit tourism” – but, as has already been pointed out, in reality there is no such thing.

If there is to be a crackdown on the free movement of labour, quite apart from employers’ protests at no longer having access to key workers, one member state that would be hit severely would be, er, the UK. We have “migrants without a job” in Portugal, France, Italy, Greece, and every other member state of the EU. Does the Tel expect some kind of one-way deal to be struck?

Already, the Mail has joined in the ranting, telling readers “Alarmingly, according to the EU’s report, the benefits bill is anybody’s guess”, as this is more convenient that sticking to the facts. And they can cite Iain Duncan Cough, who is determined to fight a wave of “benefits tourism” that does not exist (this makes it easier for him, the Tories, and the press to claim victory in the retelling).


But it’s just another slice of nasty xenophobia. No change there, then.
Posted by Tim Fenton at 17:23

And just to muddy the waters even more, it is possible for job seekers to come here (or any other EU country) and still claim benefits from their own country! No idea how their government keeps track. So migrants living on benefits may not be living on OUR benefits.


And whilst we discuss migrants, it will be interesting to see how Dacres hacks report the giant 303 Squadron emblem at Wembley tonight....