Is Melissa Kite In The House?

Anyone who thought that Charles Saatchi had learnt useful lessons from his all too public split from Nigella Lawson has today been proved wrong, as this supposed recluse has once again broken cover to protest that there was more to it than him publicly throttling the country’s favourite Domestic Goddess (tm) outside a reassuringly expensive Mayfair restaurant. 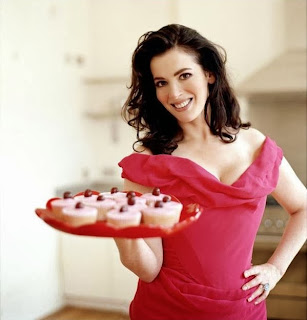 Steady on Nigella, I've only just finished the fourth course

And, just to make sure everyone knows he’s as fleet of foot as before (or maybe not), it’s all going to get heavily legal from the word go, as the Mirror has reported. “Charles Saatchi threatens Nigella Lawson with legal action in bid to reveal ‘truth’ behind bust-up” reads the headline, showing that Charlie boy may not realise his version of the “truth” might not be universally accepted.

Whatever nut of factual evidence Saatchi considers so serious that it requires the sledgehammer of legal action to crack it is not known. But it will have to be a mightily significant one to dislodge the narrative. This holds, more or less, that Saatchi was caught by a snapper bang to rights holding the unfortunate Nigella warmly by the throat outside Scott’s restaurant.

She subsequently left the matrimonial home, he went of his own volition to Charing Cross Police station and accepted a caution for assault, and now he has taken up with Trinny Woodall, who is famous for, er, no longer being famous. Saatchi is making ominous suggestions about Nigella’s behaviour, but at the end of the proverbial day he still grabbed her by the throat.

That’s a difficult one to defend against, whichever way you slice it. And it will be even more difficult to defend when the pundits bite back against him, as they will do with the certainty of night following day. After all, remember, we’re talking Domestic Goddess (tm) here. We all like Nigella. She’s smart, intelligent, mildly flirtatious, and can rustle up a cracking feed at the same time. 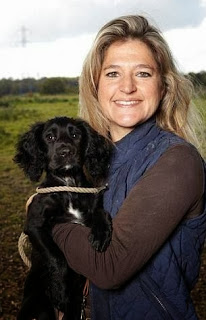 Cydney the cocker spaniel. And someone who may be getting a call from the Daily Mail

So who should we be looking out for? Step forward Spectator columnist and occasional writer for both the Guardian and Daily Mail, Melissa Kite, who knows all about domestic violence. What’s worse for Saatchi, Ms Kite knows how to write, which is why Speccy editor Fraser Nelson moved her column from fortnightly to weekly. And I suspect the Mail will already have been in touch.

Ms Kite spoke out last June when Saatchi had gone to the Police and ‘fessed up. Her story talks of bullying, assault, threats, pleading and the way in which some men use any or all of those to control their partners. If Saatchi wants to up the ante, he will find Ms Kite weighing in once more, and probably in the Mail. That means a lot of people will read it. And that will not advance his cause one millimetre.

His action looks like another form of bullying. Let it go, Charlie. You lost this one.
Posted by Tim Fenton at 11:51