Grant Shapps Is Still A Spiv

Today has brought the news of an intervention by Sebastian Fox. Now, you may not have heard of him, but he’s a really important figure in the Tory Party. Still not ringing any bells? Perhaps you know him as Michael Green. He, too, is a pivotal figure in today’s Tory Party. Come on, someone out there must know Michael? After all, he’s a published and successful author. 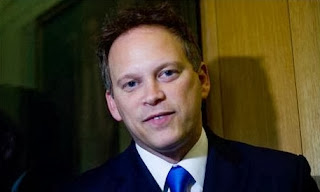 Genuine bargain, one careful lady owner, low mileage, you can drive it away today. Er, I think

OK, let’s cut to the real name – we think – which is Grant Shapps. And, whether we like it or not, we’ve all heard of him. Shapps may by Tory Party chairman, but he has also, in the past, assumed at least two alter egos for the purpose of making a bit of folding stuff on the side. Because Grant Shapps, in the tradition embodied by George Cole’s Flash Harry and Arthur Daley, is a spiv.

This propensity to appear to be flogging a series of dodgy motahs remains with Shapps, despite his attempts to be a serious politician. So many observers will find it hard to take his attack on the BBC today seriously, which may be A Very Good Thing for the Corporation. But the Telegraph is according Shapps the privilege of being classed as Proper Serious News.

In fact, the Tel shoots itself in the foot by according Shapps a little too much seriousness: “The BBC could lose its exclusive right to the licence fee if it does not tackle a ‘culture’ of secrecy, waste and unbalanced reporting, a senior Cabinet minister warns”. Senior? Cabinet minister? Someone at the Tel is having a laugh. And, sadly for Shapps and his party, so are many others.

The body of the copy is no better: “a major intervention understood to have been made with the knowledge of Downing Street”. So “knowledge”, rather than “approval”, then. “The threat comes amid mounting concern inside the Government, and particularly the Conservatives, over bias in the BBC’s news programmes”. As spun in the Tel, with no substance to back it up.

This is, as former DG Greg Dyke pointed out this morning on The Andy Marr Show (tm), just another attempt at intimidation in the run-up to the 2015 General Election, and after that, the next review of the BBC’s charter status. And what he didn’t point out is that Shapps is the last minister who should be making it, if the Tories want to actually get the Beeb to be nice to their re-election effort.

As Zelo Street regulars will recall, Shapps has been called out not only for his use of alter egos to promote his money-making wheezes, but also for his inventive way of garnering more Twitter followers (see previous posts HERE and HERE). All he needs to complete the image is a sheepskin coat and a back-street car sales outlet, and the impression of forthright spivvery will be complete.

Another glasshouse becomes instantly draughty. No change there, then.
Posted by Tim Fenton at 13:36

Just so you know, Shapps is probably his real name. A Grant Shapps is listed as having been born in Watford, Q4, 1968 which is congruent with his official bio

Not entirely sure there's anything wrong in using a nom de plume either. It's not as if he hides it

I would have thought Crosby Shapps & Gnash had passed their sell by date by now?