After Mazher Mahmood, aka the Fake Sheikh, got guilty yesterday on a charge of conspiracy to pervert the course of justice relating to the Tulisa trial, it did not take long for the next phase in the story to be signposted, one that could cost the Murdoch empire, in whose service Maz worked for so many years, hundreds of millions of pounds. In this, it could prove more costly that the phone hacking settlements. 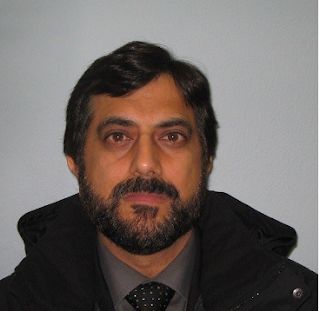 Law firm Seddons was quickly out of the blocks to remind us “Mark Lewis, media lawyer and partner, has been instructed by 18 individuals to pursue civil claims against the Fake Sheikh, the former ‘king of sting’ … Some of these individuals were convicted of crimes which they argued at the time came as the result of false evidence … The individuals, including some convicted more than 20 years ago, will pursue substantial compensation claims for the devastation their convictions have inflicted on their lives”.

Lewis spelt it out: “Over the last 25 years, innumerable lives have been ruined by the dishonest actions of Mazher Mahmood. People have lost their livelihoods, their homes and relationships, with some spending time in prison … Following today's verdict, there will be a significant number of civil claims made against Mazher Mahmood. We anticipate the total sums involved could easily reach £800m”. Ouch!

Those claiming may include John Alford, whose career was ruined by another of Maz’ drugs stings. Mahmood and his pals were filmed laughing at the prospect of Alford having his career brought to an abrupt end. Prankster Alex Smith may be another: Maz pulled a counterfeit money sting on him. Moreover, both of them have submitted cases to the Court of Appeal because of “serious concerns over the safety of those convictions”. 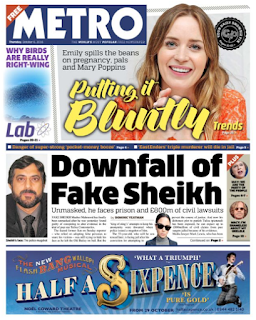 Smith and Alford are just two of six cases that were bundled together to be thus submitted. Add to that the stories that were pure fabrication: the radioactive “dirty bomb” plot never existed. An alleged conspiracy to kidnap Victoria Beckham also never existed. And the desperate mother who offered her baby for sale had been duped (this last case is doubly important as Dominic Ponsford at Press Gazette has used it to excuse Maz).

It’s also been revealed by Byline Media that Mahmood, according to a former colleague, “impersonated a Home Office official to bully immigrants”. Graham Johnson’s piece adds “a former News International executive said that Mahmood boasted about his bogus officialdom ‘many times' - and even bragged that some in his entourage had posed as police officers”. That is illegal. Perhaps the Met will now do something about it.

When Ponsford protests “that his ‘victims’ were invariably already rich people who offered to do bad and often illegal things because of the lure of yet more money … The idea of them cashing in yet further to the tune of tens of millions does not seem right to me”, he could get his facts straight first. Alford isn’t rich. Nor is Smith. Nor were those duped in the Beckham kidnap sting, the dirty bomb sting, or the baby sale fraud.

Mazher Mahmood is a criminal. He was sheltered and encouraged by the Murdoch press. The least the rest of the press could do is to own up that he did a lot of seriously wrong things and expected to get away with it. We are owed an explanation why that happened.
Posted by Tim Fenton at 10:14

Have you heard the latest about Rasseem Kassam being leader of UKIP.

He knows a lot about my secret stuff.

He could finish me if he runs the country.

The credibilty gap of our police forces continue to grow in proportion to that of our wonderful tabloid press.

Leveson 2 now please! If only to learn lessons and get some of that credibility back.

Was it something I said....

Wouldnt it be lovely if the outcome of this was a media less obsessed with celebs politicians genitals and more prone to reporting scandals that touch us all like the ongoing car crash at the DWP?

Knew it wouldn't be long before my name was spewed up on here again.

I do tell it like it is. When I want to.

Or is it need to?

Anyways. Have to press on Dahlings. I've been asked by the DM to write a piece on my experiences as an employee of Murdoch's shit hole.


It's going to be the most toxic piece known to mankind.