While Mil The Younger had a day out yesterday to the solidly Labour supporting City of Salford - note that it is a city in its own right, and not a mere suburb of Manchester - the Tories decided to kick off their General Election campaign by telling anyone who would listen that the rotten lefties were going to spend billions that they didn’t have, while not mentioning (for example) the suddenly unlimited funds for new roads. 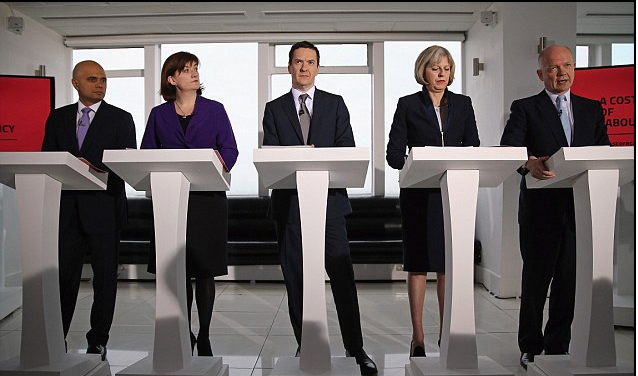 To this end, a quintet of ministers headed up by the Rt Hon Gideon George Oliver Osborne, heir to the Seventeenth Baronet, was lined up behind individual lecterns, rather like a bad Kraftwerk tribute band, but with even more monotony. And there was the problem: from Osborne at the centre, the eye gravitates naturally towards the right, and then the limitations of this exercise became clear.

There was Home Secretary Theresa May, who warned the Tories about being seen as the “Nasty Party”, but has form for some pretty nasty things herself, like telling whoppers about Human Rights law (“and I am not making this up” - but she was), going in with both feet on students who have paid serious money to come to the UK and study, and brief against colleagues in the kind of way that should by now have had her sacked. 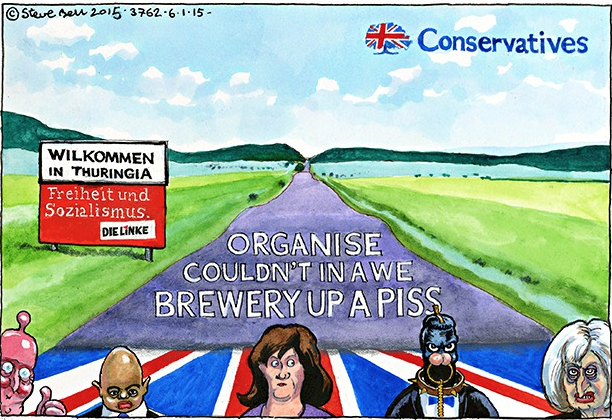 And if that were not bad enough, next to Ms May was William ‘Ague, who may be the epitome of A Serious Politician, but is not even standing for election in May. Couldn’t they find someone who was? On the other side of Osborne, Sajid Javid has only recently reached cabinet rank, as has Nicky Morgan, who owes her promotion partly to Young Dave having to find a less controversial replacement for Michael “Oiky” Gove.

The taint of dishonesty, moreover, does not stop with Ms May: Osborne asserted last week that the road in the Tories’ latest - and already significantly mocked - poster campaign was a British one. It wasn’t: the road is actually in the German province of Thuringia, and more specifically is near Weimar. After pumping all that money into the economy via quantitative easing, the last place Osborne needs to be associated with is Weimar. 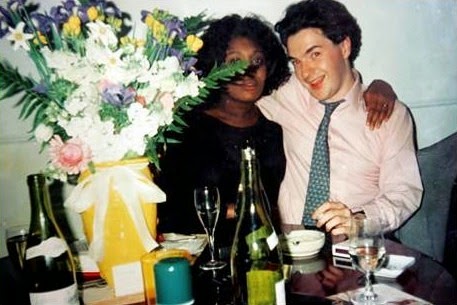 And now, George is going to play What's My Line

After all, the name of Weimar is associated in infamy with The Great Inflation of the early 1920s, which still scars the German psyche today. Small surprise, then, that Guardian cartoonist Steve Bell has mocked the poster, and yesterday’s briefing, together this morning. And the sole purpose of that briefing - to pass adverse comment on Labour - was by last night lost as Tory claims were rebutted, and then reported on TV.

Who devised the exercise? The party chairman must take some responsibility, at least for the poster. But there was no sign of Grant “Spiv” Shapps, and only the usual suspects in the right-leaning press to lamely cheer Osborne. It’s not going to give the foot soldiers much confidence that their best effort was fronted up by a notorious coke-sniffer, an aggressive liar, and someone who has declared himself to be Yesterday’s Man.

Four mere months of this and the Tories won’t need Labour to rebut their attacks.
Posted by Tim Fenton at 10:55

"lined up behind individual lecterns, rather like a bad Kraftwerk tribute band, but with even more monotony"

Thought it more like an audition for "Pointless". Got every chance of winning that.

Hey! Don't go slagging off Kraftwerk! And it's Ralf.

Such a pity that with every open goal the Tories present Labour with, they still end up managing to put the ball into their own net.