What lessons should we learn from the Paris murders, hostage-takings, and subsequent shoot-outs, apart from the obvious one, that there are a small number bent on thuggish, violent and deadly behaviour under the mistaken impression that this course of action is favoured by The Prophet, who, by the most fortunate of coincidences, died long enough ago for his actual opinions on any given subject to remain unknown? 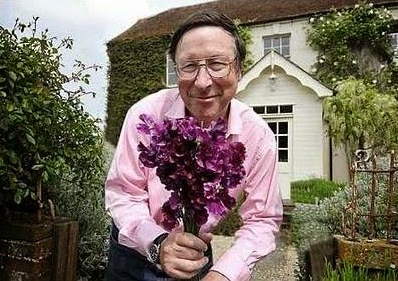 "Hitler" Hastings offers a sign of peace. But not to Muslims

Over in the Northcliffe House bunker, though, no such thought is allowed to enter. Of Wednesday, readers were told, “a minority of British commentators … took a disturbingly ambivalent view. To this ‘if and but’ brigade, the victims had somehow provoked their murderers: it was an act of vengeance for cartoons lampooning the Prophet Mohammed”. Such a small minority that nobody outside the Dacre bunker noticed.

But this fabrication is needed to prop up the following narrative, which ends with the usual instruction to all of those Muslim chappies to jolly well bring their flocks into line. The patronising drivel is also being pumped out by Max “Hitler” Hastings, who is an expert on absolutely everything, and especially when it comes to armed conflict, the spooks, and, once again, having to deal with all these Muslim chappies.

“Why the liberals who defended traitors like Snowden and Assange should look at this photo and admit: We were deluded fools” thunders the headline, followed by the piss-poor disaster scenario. “Just imagine the Queen’s Birthday Parade, June 13, 2015 … men burst from the crowd and begin spraying bullets among the soldiers and spectators … It is a scenario from hell, yet no more fanciful than that of Wednesday’s massacre”.

Yes, a security “expert” who doesn’t understand the level of security given to Her Maj. But do go on: “On Thursday, the director general of MI5, Andrew Parker, made a rare speech, warning it was almost inevitable that an attack in this country would get through sooner or later”. Well, “Nosey” Parker would, wouldn’t he? He’s the head of a Government department who doesn’t want cuts any more than the rest of them.

But … but … schools! “Many schools and a number of misnamed Muslim ‘charities’ are promoting values totally at odds with those of our society, and unacceptable to it. It is not easy for the authorities and the Charities Commission to move against them, because the claims of human rights, multiculturalism and community harmony are invoked in defence of a right to espouse extremist doctrine”. What would he have us all do?

You’ll love this one: “But it seems essential to recognise the scandal for what it is, and to act urgently and decisively against extremist Muslims who peddle alien, anti-social - and in some cases, violent - values”. So we just go in and nick a few of these chaps and bang them in the clink, then, is that it? With no pretext other than they might have looked at someone in a funny way? And that will keep us safe, will it? Pull the other one.

By now, he’s just rambling: “Our principal weapons against terrorists are not tanks, Typhoon fighter jets or warships”. Of course not, they’re fear, surprise and a ruthless efficiency. This is pointless, isn’t it? It’s got sod all to do with the Guardian, the BBC (both get routinely blamed), or Edward Snowden. There are a few nutters out there. We need to be aware of that. Stop blaming Scary Muslims or saying we should have more snooping.

Too late: “unless we view the very existence of government as inherently wicked and threatening, I cannot for the life of me imagine what harm can result from MI5 accessing the phone calls, bank accounts, emails of you, me or any other law-abiding citizen”. Look Max, there isn’t any other way to put this than just to tell you to f*** right off. You and your fellow Mail dinosaurs are out of time, and the world has moved on.

I note that the article quickly disappeared from the front page of the online edition. I think they realise that they got it badly wrong.