Those of us who use the rail services that run up and down the West Coast Main Line  have the advantage of continuity: Virgin Trains have run the Inter-City service since the sell-offs, and London Midland have provided the regional services along the route for several years now. So there has not been the worry that comes from a change of operator. These do not always end well. Handovers can bring disruption. 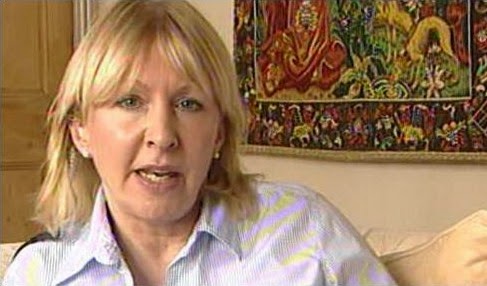 So it has been for commuters along the Midland Mail Line (MML) from London to Luton and Bedford, where the local services have just been taken over by GoVia, and given their old Thameslink name back. As cancellations have increased, so have complaints, and wading in on behalf of her constituents has come (yes, it’s her again) Nadine Dorries, whose patch includes the commuter belt north of Luton.

The new franchise is short of train drivers. It has been explained to Ms Dorries that training them takes around 12 months, a considerably shorter time than in the past, when whoever sat in the driver’s seat would have worked their way up through the ranks over a number of years. But she has decided that this is “a tad excessive”. Moreover, she is certain that the reason for this apparent inflexibility is the dreaded Trades Unions. 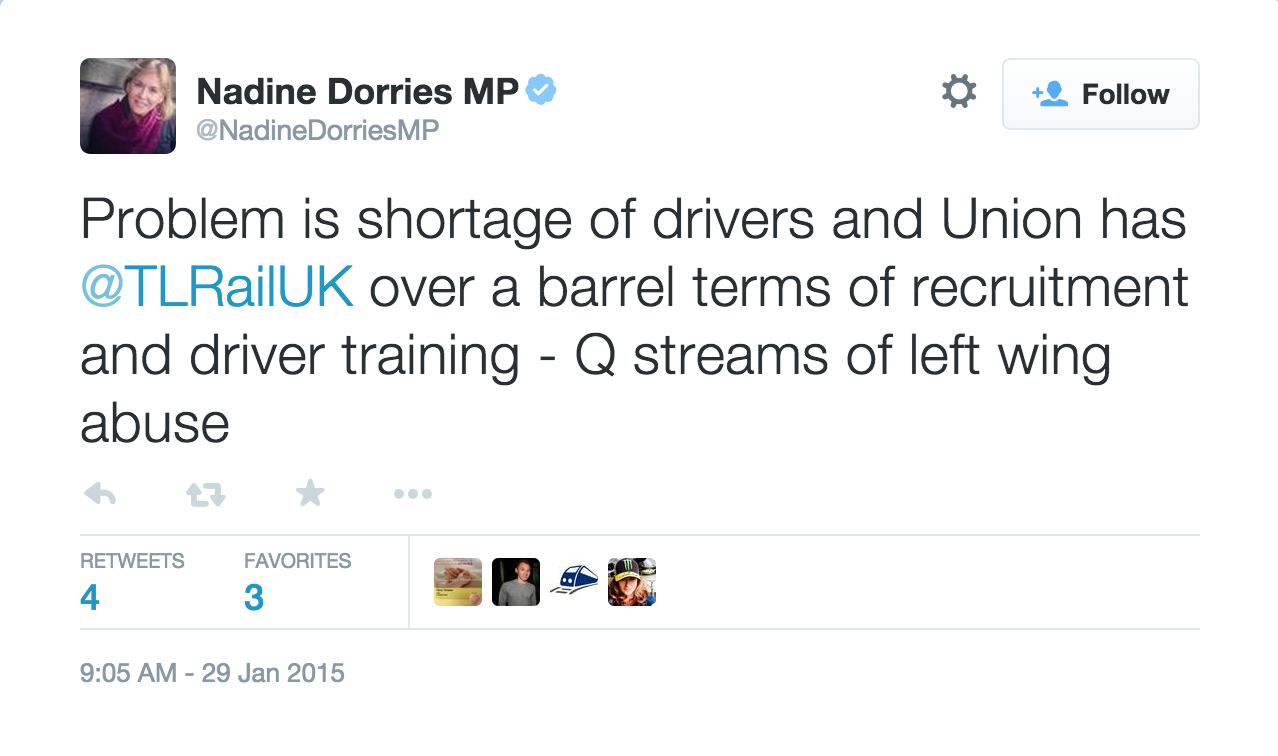 “Problem is shortage of drivers and Union has [Govia Thameslink] over a barrel [in] terms of recruitment and driver training - [cue] streams of left wing abuse” she Tweeted. And, as Jon Stewart might have said, two things here. One, no Trades Union dictates any rail operator’s recruitment policies. And two, nor do they have any operator “over a barrel” on driver training, as that is down to the entire industry.

The most recent, and signally grim, reminder of what happens when driver training is not thorough enough is the Ladbroke Grove collision in 1999. Michael Hodder, the driver whose outbound train overran signal SN109 and then met an incoming train at a closing speed of 130mph, did not know the history of sighting difficulties for that signal. His trainer, it emerged, also had no knowledge of the problems.

Moreover, Hodder’s training had focused only on learning the traction - the multiple-unit trains he would be driving. It came clear that he did not have sufficient route knowledge to safely navigate the layout of the approaches to London’s Paddington terminus. The gaps in his knowledge were probably cock-up rather than conspiracy, with a result that killed him and thirty other unfortunate souls. The lesson of Ladbroke Grove is a clear one.

And that is that driver training cannot, and will not, be skimped under any circumstances. For the MML, with commuter trains typically having at least eight crush loaded coaches and therefore up to 1,000 on board, Ms Dorries and her constituents should expect nothing less. And there will be no “move to driverless trains in 2017/18” anywhere on the National Rail network - someone has clearly misinformed her.

Only one on-train passenger accident fatality in ten years. Let’s keep it that way.
Posted by Tim Fenton at 10:40

Re: drivers, she's misunderstood the change to ATO in the Thameslink core.

Thameslink core will be ATO, because it's the only way of delivering 24tph reliably. But ATO doesn't mean driverless - and the driver will take over when the train leaves the core.

But someone's said "Automated Train Operation" to her, and she thinks it means "no drivers".

We've been here before, LM had a driver shortage after taking over from Central.

An outgoing franchise can't stop older drivers from retiring (or worse) and bigger companies will always be poaching. So the numbers will slowly ebb away. But they can avoid employing new trainees who will do no useful work until after the new franchise takes over. Once the decision to change the franchise is announced no new trainees will be recruited. Then the new company will walk into a crisis that can't be solved overnight. So it's a problem caused by the Conservative designed privatisation process.

Made even more likely in this case by the DfT's delay in ordering the new trains. Why pay to teach someone to work on a type of train you know is going to be replaced very shortly afterwards? Makes better business sense to wait to get the new trains.