In the run-up to the Rochester and Strood by-election, during which it was reported that he had not troubled himself to campaign for his own party’s candidate, Dan, Dan The Oratory Man was the subject of speculation as to whether he would join his pals Douglas “Kamikaze” Carswell and Mark Reckless in jumping ship and joining UKIP. Hannan maintained radio silence on the subject. 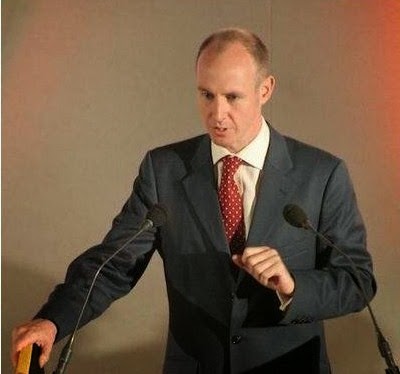 One MEP, what am I bid? It's with you sir, the one with the pint and the cig out on the right

This did not stop James Forsyth telling, as I mentioned at the time, “Senior Tories now regard [Dan Hannan] defection as a question of when not if. Word is he’s gone dark since Reckless quit”. Now the speculation has restarted, after Laura Pitel penned an article for yesterday’s Times, titled “Tory MEP ‘in talks on defecting to UKIP’”, revealing that Hannan had twice met with businessman Arron Banks, a leading donor to the Kippers.

Ms Pitel went on “The Bristol-based businessman said that he was surprised to read claims that Mr Hannan had been instrumental in delivering Amjad Bashir, a UKIP MEP, into the hands of David Cameron this weekend”. Dan was not a happy bunny on reading the story: “Laura Pitel’s story about me in the Times is uttter, unadulterated bollocks” he frothed, but then, Mandy Rice Davies situation, eh Dan?

The remainder of Ms Pitel’s article tells anyone not sure about the corner Hannan may be in just why he is wriggling so energetically about it: “Mr Hannan had made some ‘very punchy’ claims about the Conservative leader, Mr Banks said … He said that David Cameron was an intellectual vacuum. He said the he was a pro-European and he hoped that he was replaced after the General Election”. It got worse: “Mr Banks said that he and Mr Hannan had discussed the possibility of defecting to UKIP at two meetings, one at the Army and Navy Club in London and another at the Royal Automobile Club”. Small wonder Dan was reduced to desperately pleading “Laura, this is wholly untrue, as others present will confirm. It’s outrageous for you to claim that you tried to contact me”. So he did meet Banks - twice. 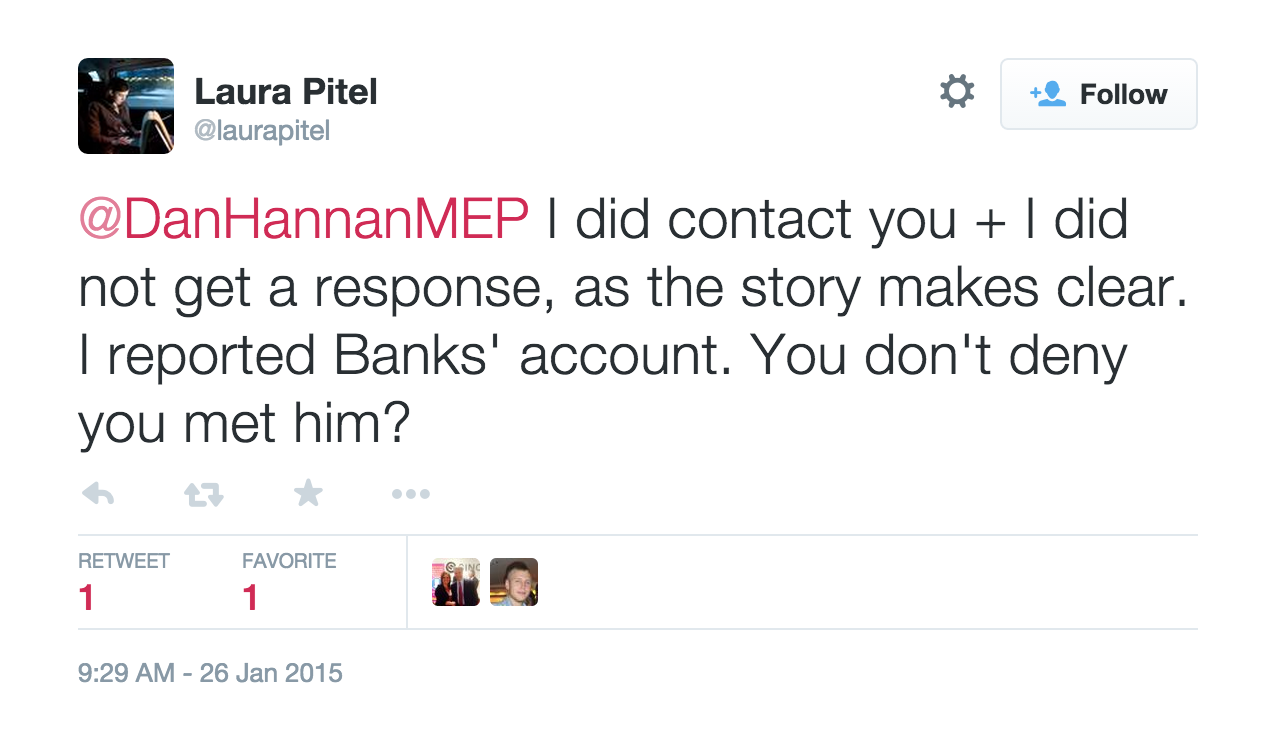 And Ms Pitel was unmoved by the Hannan bluster: “I did contact you and did not get a response, as the story makes clear. I reported Banks’ account. You don’t deny you met him?” Still Dan dug himself in deeper. “You sent a text on a Sunday evening when my phone was switched off. You didn’t want an answer: it would have killed your story”. Switched his phone off on the day of the Greek elections? 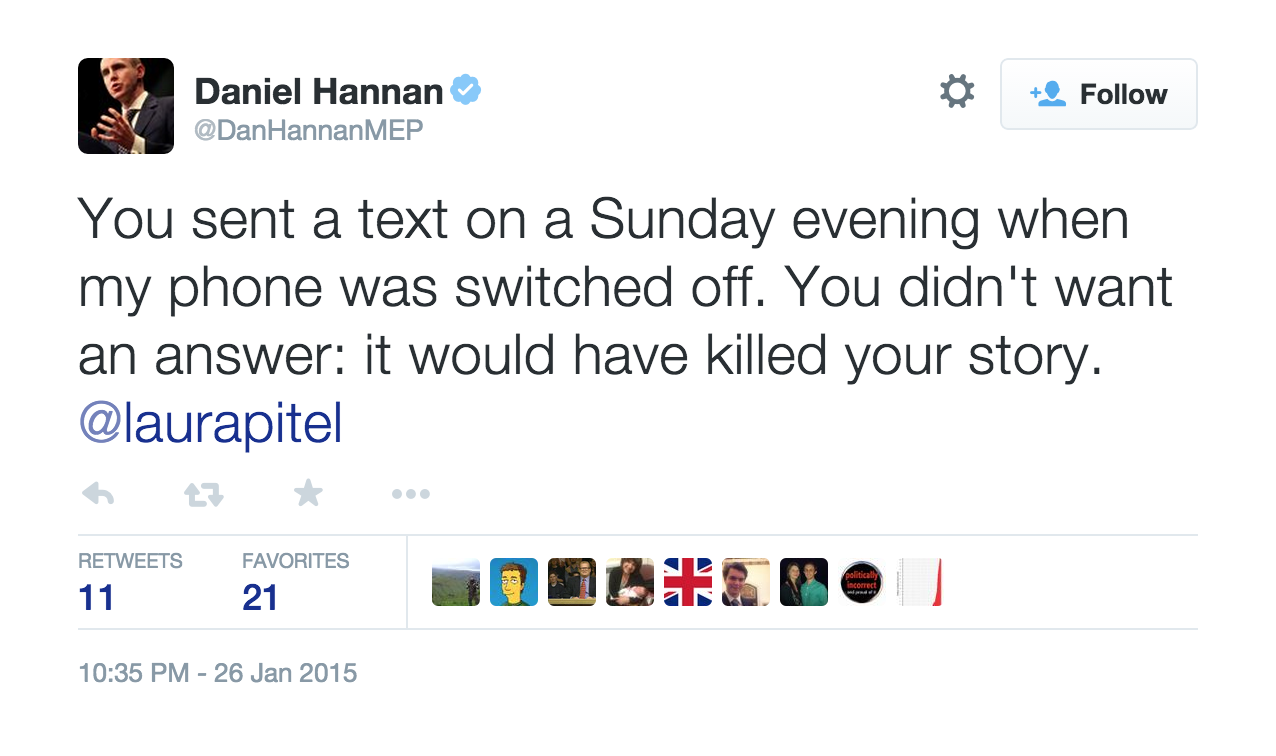 That would be the elections about which he wrote an article for the Daily Mail - so one might have expected he would have been contactable. Hannan did not deny he met Banks. He has not disowned the comments he made about Cameron. And, for someone well enough off to frequent a club when in London, he has not yet contacted his learned friend with a view to redress. Someone is complaining a little too much here.

Hannan should stop messing about and decide which party he wants to represent.
Posted by Tim Fenton at 12:33

"possibility of defacing to UKIP"

Can think of two alternatives but with two quite different meanings.

I'd be surprised to see his defection. Hannan fancies himself as an intellectual sage of the right (stop sniggering at the back) and joining UKIP would not advance that reputation.