As John Crace observed last September during the Tory Party conference, “The Conservative conference warm-up act tried to be Winston Churchill. He did not even have the gravitas of Bobby Davro”. That warm-up act was Party chairman Grant “Spiv” Shapps, who accused Mark Reckless, after the latter’s switch to UKIP, of lying. That Shapps had previously pretended to be two other people was not allowed to enter. 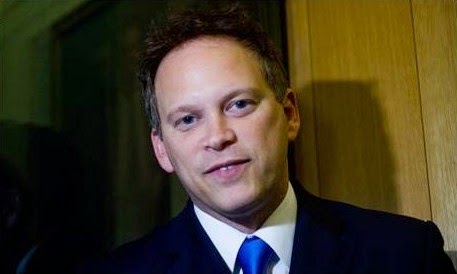 No, I wouldn't buy a used car from this man

Shapps’ less than total honesty - a trait which applies to Michael Green and Sebastian Fox, or whoever else he is pretending to be - has not exactly helped the Tories. Nor has his ability to run poster campaigns that become, as Russell Harty might have said, “famous, nay, notorious” not for getting the intended message across, but for the ridicule generated towards the party whose cause they are intended to advance. 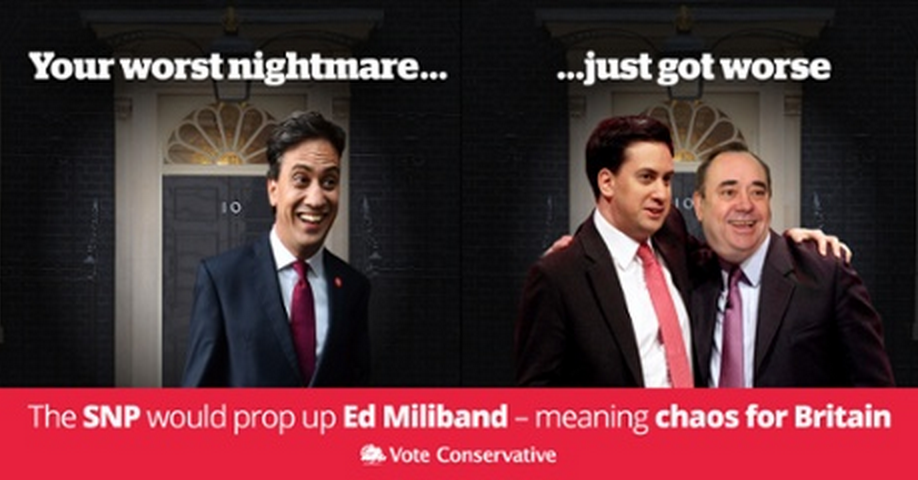 Few will ever forget the “Bingo” infographic, Tweeted out just after the Rt Hon Gideon George Oliver Osborne, heir to the seventeenth Baronet, had delivered his speech at that conference, which asserted “Cutting the bingo tax and beer duty ... to help hardworking people do more of the things they enjoy”. Patronising, much?  The inference that working people were “other” people, and that the Tories weren’t hardworking, was clear. 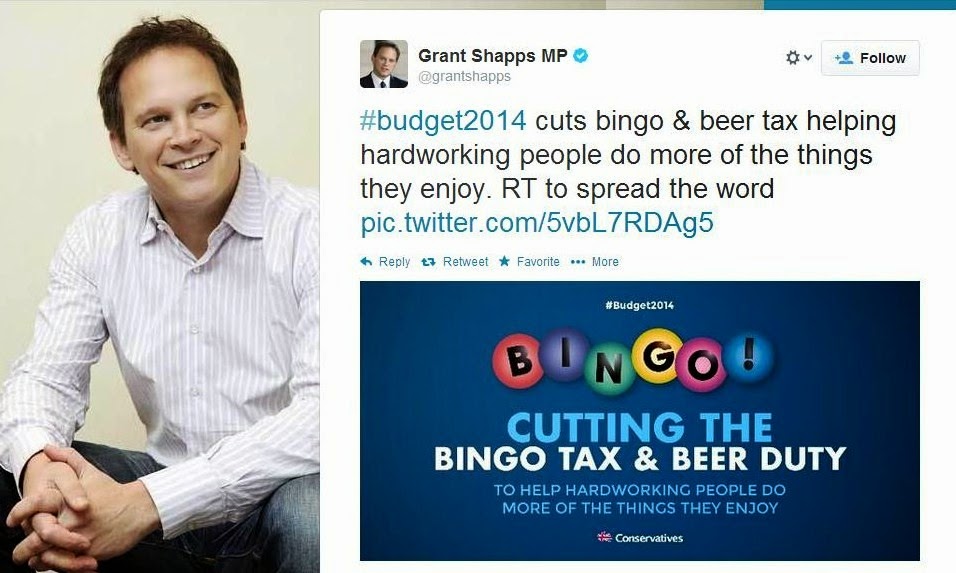 He has previous for this ...

And now “Spiv” Shapps has done it again: out has come a poster showing, at left, an image of Mil The Younger outside 10 Downing Street that appears to have been photoshopped to make him look, well, more weird. At right is an image of Miliband with Alec Salmond, supposedly in the same location, although Salmond’s head has been clearly substituted for that of “Auguste” Balls. 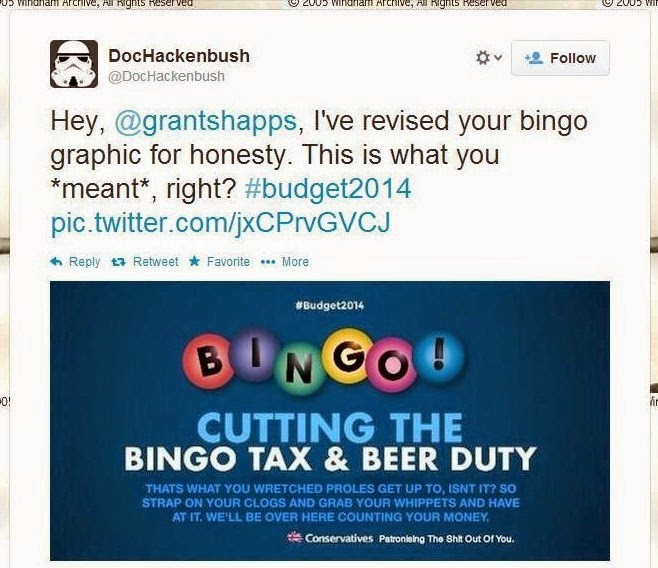 ... and previous for getting called out

The photoshopping was so obvious that when Shapps went on LBC yesterday afternoon for a chat with Iain Dale, who, remember, has a regular column on Conservative Home, he came unstuck more or less straight away. “You are the chairman of the Conservative Party … did you not sign this poster off? Did you not think this is not quite like … Ed Miliband?” asked Dale. “I wasn’t with the designer” blustered Shapps.

Shapps also failed to counter Dale’s point that if Salmond were to be returned to Westminster, his voice would be no less valid that of Danny Alexander, who is Osborne’s deputy at the Treasury. “Well, I just don’t think that he should”, flannelled “Spiv”. Once again, the message of the poster was lost as the punditerati - some of it right-leaning, which is never a good sign for the Tories - ridiculed the photoshopping.

As the deeply subversive Guardian observed, both Staggers and Spectator passed adverse comment, and soon a version of the poster featuring Young Dave and Nigel “Thirsty” Farage was in circulation, though the thought enters that, at the end of the evening, it might be Cameron propping up Farage - literally. By that point, Shapps’ latest poster exercise had, like the “Bingo” infographic, fallen flat on its face.

The problem for the Tories is all too stark: it’s too late now to sack Shapps. Oh dear!
Posted by Tim Fenton at 13:50