As the long slog to May’s General Election began, politics aficionados were treated to the first major “set-piece” interview yesterday morning, as Young Dave was subjected to the host’s inquisition on The Andy Marr Show (tm). Cameron did not seem as comfortable as in previous encounters, Marr was rather more combative than of late, and at one point was reduced to complaining “I’m not interested in the statistics and the figures”. 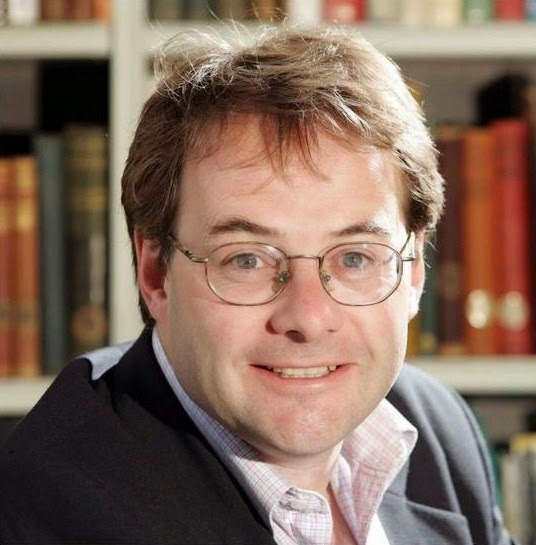 Harry Potter And The Gobshite Of Arslikhan

Considering that “the statistics and the figures” constitute much of what comes out of these interviews, that was one of those “mis-steps” of a particularly unfortunate kind. But there would always be the spin of the retelling, and here Dave could count on the full-throated support of the odious Quentin Letts (let’s not), who has, as usual, declared that the leader of The Blue Team wiped the floor with whoever interviewed him.

Was it Marr? Heck, that’s a mere triviality for Quent, who engages bullshit autopilot from the word go: “Mr Cameron, who seemed to have lost weight over the Christmas-pud season, proved remarkably adept at this game. His answers on everything from welfare reforms to child poverty, defence, Europe – even meals on wheels – swiftly came down to the effective reply: ‘Stay with our economic plan because we have to reduce debt.’ Gong!”

See, Quent even works in references to obscure rock bands! He also dispenses the customary measure of abuse, because Marr is married to a journalist at the deeply subversive Guardian. “‘Let’s talk about old people,’ said Marr, with perhaps a hint of self-interest” he tells. Ho yus. And how old is Quent’s legendarily foul mouthed editor? More than a decade older than Marr, that’s how old.

Still, on he ploughs: “Slicked, suave, fluent, on the ball, he was rattling off statistics yet also looking poetic and that most important of things for a politico, concerned. Two eyes as eggy as nog … Then a squaring of the chin. A touch of the resolute man on a mission. The lower lip was bitten. The right hand was held firmly with the thumb sticking upwards. His voice smokily stroked words and he ignored difficult interruptions so seamlessly, Marr became practically redundant”. Like heck he did.

At one point, I could almost hear Denis Healey, from one of the earliest radio broadcasts of Commons proceedings, heckling Margaret Thatcher by repeating “cut and run … cut and run”. That was the moment Mrs T momentarily lost it and revealed her Lincolnshire heritage by referring to the Labour front bench as “frit”.

And “frit” was how Cameron appeared yesterday: despite the streamlined presentation at which he excels, Marr’s nagging interruptions, far from making him “redundant”, caused the hoped-for Prime Ministerial display to fray at the edges, as Dave didn’t want to show interest in “the statistics and the figures”, only to spend most of the interview doing just that. Plus most Daily Mail readers who are interested will already have seen the reality.

Still, good practice for a gig with Vladimir Putin or Kim Jong-un, eh Quent?
Posted by Tim Fenton at 12:46

I was surprised at the way Marr pressed him. The interview revealed blagtastic Dave for what he is - a PR spinner.
To quote Jim Royle : Long term economic plan my ****.