To show just how empty their apology for the paper’s coverage of the Hillsborough stadium disaster really was, today the Super Soaraway Currant Bun welcomed back the deeply unsavoury Kelvin MacKenzie as a pundit. True to form, Kel was less interested in mere facts - “Who let those into the newsroom? We’ll have to put traps down” - than pushing his own inimitable agenda, this time on the Paris shootings. 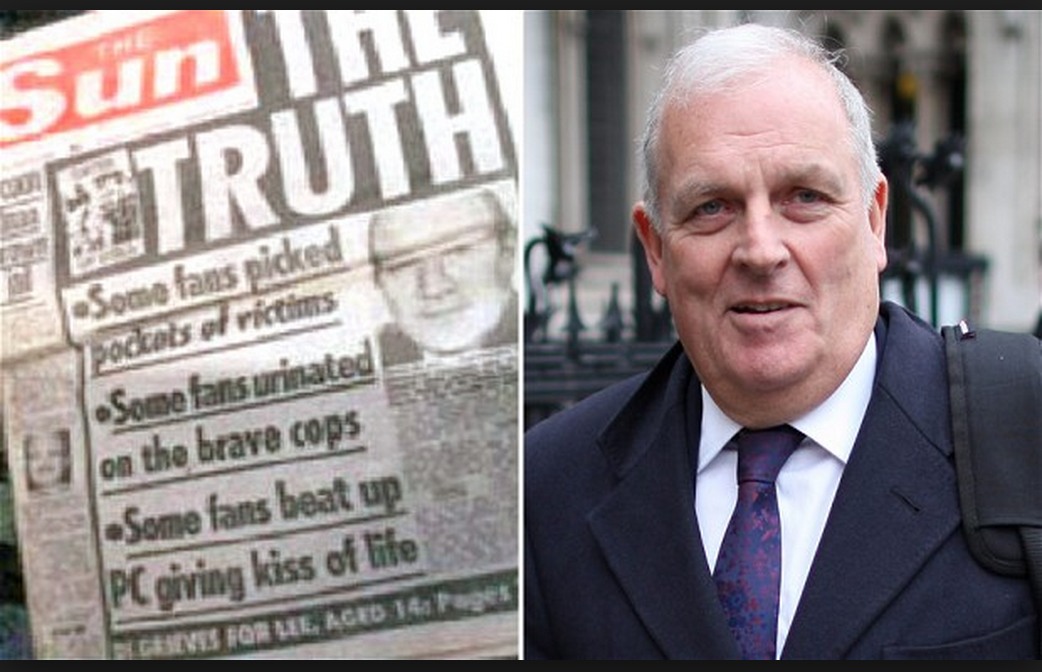 The Truth is that he's a sleazebag

“A Charlie Hebdo attack here would help put Nigel Farage in No 10” reads the headline. Did he mean that? You betcha, says Sarah: “LET’S be clear about this. If a Charlie Hebdo happened here in the run-up to our General Election, only a few months away, Nigel Farage would be forming the next government” to which I call bullshit. The only recent General Election coming on the heels of a terrorist attack was in Spain.

That was after the Madrid bombings of 2004, and, if anything, it benefited not the right-leaning parties, but the left. Besides, voters might stop and wonder if, at times of national crisis, they want to be led by someone like Mr Thirsty. Kel thinks everyone is as bigoted and right-wing as he is. He also gives the impression that nobody is going to subject any of his waffle to a fact check. But they are.

After claiming that the “liberal classes” (who they? - Ed) have been “apologists” for Islam, Kel passes severely adverse comment on aspects of that religion, or at least his interpretation of it, “which are wholly unacceptable to the majority of Sun readers... the demeaning of women... [and] the treatment of gays”. So Kelvin McFilth is pretending he’s not in favour of demeaning women or dissing gays.

Taking the second part of that one first, Kel has some brass neck talking about treatment of gays. Perhaps he has forgotten January 1987, when the Sun ran a story - including a front page lead - alleging that Elton John had had sex with under-age rent boys. After later doubling down on the libel with an untrue claim about Elt’s guard dogs, the Sun found itself having to hand over a whole million quid in damages.

And then we come to those things that are “demeaning of women”. Hello Kel! What was that feature the Sun so enthusiastically ran every day when you were editor, on Page 3? You know, the one that was, by sheer coincidence, called “Page 3”, and featured a “Page 3 Girl”. Perhaps in the world of Kelvin McFilth that does not count as “demeaning”, but it does in many other folks’ books. And, as the man said, there’s more.

After leaving the Sun, Kel spent some time at L!ve TV, where he is often remembered for such downmarket additions as the News Bunny. But he also brought the few viewers to stumble across the channel Topless Darts, the equally lowbrow “Weather in Norwegian”, and stock market reports from Tiffany, a young woman who would strip to her underwear as the broadcast, er, progressed. And he calls “demeaning to women” on others.

Kel, you’re still full of crap, and yes, your pants are well and truly on fire.
Posted by Tim Fenton at 17:24

Let's not forget a late-80s Sun-driven scare about gay clergy, which featured a spread entitled "Twenty ways to tell if your vicar is a pulpit pooftah".

Number one, if my memory serves, is "He takes an unnatural interest in choir boys"

Interesting - last week research in Germany suggested that Muslims there were rather more tolerant of same sex marriage than I would imagine UKIP members to be - see here - https://www.bertelsmann-stiftung.de/en/topics/aktuelle-meldungen/2015/januar/religion-monitor

I can't find it right now, but there was a scan a while ago of a leader from the sun written in 1988 about how Brighton was a cesspool and how dare it's local or council not bow to the queen.

I LOVED the channel 4 doorstepping of him and his near meltdown and crying - it warmed my heart to see a supposed hard case taken down by a bloke with a mic asking a few questions.

I invite him to walk the streets of Liverpool. Go on, kelvin - just once.

Someone told me
It's all happening at The Sun
I don't believe it
Not without a pun
Oh no, oh no
Not The Sun

But you can take it underground
Believe the rot you're told
And their journalists will lurve you
If you do, if you do now

Lefties are reactionaries
Guardianistas are those liberal fairies
Labour plot in secrecy
And hamsters get eaten apocryphally
What a gas!
Hot air in The Sun!
It's all in The Sun!

Flip flopper or Jobs Worth?