The Daily Mail, and Mail on Sunday, love their retinue of Glendas to indulge in confessional journalism. Readers are treated to Amanda Bloody Platell performing logic leaps to justify her friendship with Rolf Harris, Jan Moir taking out her rage in a succession of mean-spirited hatchet jobs, and then there is Liz Jones, who has today mistaken her column for an Alcoholics’ Anonymous meeting. 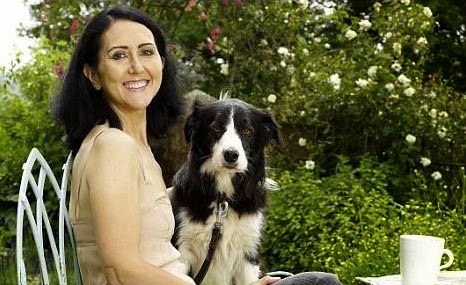 “I've called time on boozing - after 24 bottles in two weeks, says LIZ JONES” is a headline that signals the excess involved. So, 24 bottles of what? Brown ale? Guinness? Something from a local craft brewer, perchance? “There is always a moment when you decide your life is not working. That something has to change. Mine came on Friday, the date when I had to put out my festive recycling”.

As if you need to ask: “After two weeks, I was shocked to count the number of empty bottles of premier cru chablis – I don’t drink red as I’m worried it will stain my teeth – and M&S champagne. There were 22!” Yes, this is not just a piss-up, it’s an M&S piss-up. And nothing so bleedin’ common as five quid Chardonnay, it had to be Chablis. Or rather, it had to be premier cru Chablis. What do you think she is, a wino?

Plus you have to wonder about the red wine comment: she’s worried about it staining her teeth. The thought enters that Ms Jones can’t be too fussed about what it tastes like, then. But she does feel terribly guilty: “I was so ashamed I took 15 to the recycling depot in town, as I didn’t want my local recycling man to think badly of me”. As if he’d have given a flying foxtrot. She assumes he knows who she is.

But the really hilarious bit is Liz’s pals: “In my defence, I have had guests over Christmas: there were usually five for dinner, although two of those are tee-total – one because she is on antidepressants, and the other because she has a fear of going mad. My friend Dawn and I drank two bottles of champagne over dinner in a restaurant on New Year’s Eve, and obviously I didn’t cart home the empties. So that makes 24 bottles”.

That sounds like a seriously wacko dinner gathering - that or her guests are reading the article and deciding to give Liz a very wide berth for the foreseeable future. And when push comes to shove, she doesn’t actually commit to the wagon: “On Friday, having dropped 15 bottles through the little orifice at the dump, hearing each bottle shatter accusingly, I decided I didn’t want to turn out like my oldest sister”.

No, after all the build-up and the headline, all she manages is “There must be another solution to crippling shyness and self-doubt, to being alone. The problem is, I haven’t quite worked out what that is yet”, which leaves the way open to more reassuringly upmarket collapso, more Champers, more getting stylishly ratarsed, and - ker-ching! - more confessional columns in the MoS. Trebles all round!

As Harry Callahan once said, that’s a hell of a price to pay for being stylish.
Posted by Tim Fenton at 13:23

“There must be another solution to crippling shyness and self-doubt, to being alone. The problem is, I haven’t quite worked out what that is yet”

Perhaps a visit to her employers' offices known for the chumminess of the editor in chief.

Or could that be the reason for the heavy, albeit stylish, drinking.

Marks out of 10 for style?
For content? Forget it.

I believe I have lost the Xmas spirit already.