Last January, the moving of the writ for the Wythenshawe and Sale East by-election was the cue for the loathsome Toby Young to use the platform given him at the bear pit that was Telegraph blogs to peddle his “Country before party” campaign, a doomed effort at Tory and UKIP collaboration. This did not get off to a good start, and for very good reason: Tories and Kippers, with few exceptions, detest one another. 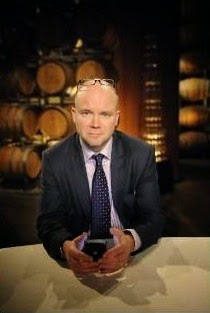 Tobes still in the Weinbunker

Zelo Street made clear at the outset that Tobes was wasting his time, but on he ploughed, so keen was he to see Young Dave and his jolly good chaps returned to power at the next General Election, and hopefully with an overall majority. But by October, it was clear that he had abandoned the idea: “I’ve concluded Tories best hope is to keep their nerve and hope UKIP voters sober up when faced with the prospect of Miliband at Number 10”.

And now has come Tobes’ admission that he was indeed wasting his time, in a rambling slice of self-justification for the Spectator. “This time last year, I wrote an article saying my main project in 2014 would be to unite the right. That is, I would start a political movement that would bring together Conservative and Ukip activists in a tactical voting alliance … The name for this movement was to be ‘Country Before Party’”.
It started so well, so he claims: “The initial response was encouraging. Hundreds of people emailed me offering their support, including MEPs, members of the House of Lords, ex-MPs, and so on. I set up a website, assembled a steering committee and started drafting detailed plans. I felt like I was really on to something”.
But even he admits it was not to be: “However, meetings with senior members of both parties soon put paid to that hope. Both camps told me that they would do very well at the next election without any help from the other, thank you very much. They also maintained that any hint of an alliance, however informal, would antagonise huge swaths of their supporters and they’d end up losing more votes than they’d gain”.
Then Tobes made a miraculous discovery: “Farage and Cameron have a mutual loathing that’s rooted in their identity as members of their respective parties and which is echoed lower down the ranks. They regard each other not as estranged members of the same family, but as bitter enemies”. Nothing gets past him, does it? It’s only taken him close to a year to admit what I said last January.
And on top of that was the clincher: “If I pursued this project, given how hostile senior Tories were towards it, I would probably end up falling out with my own party and I didn’t much like the idea of being exiled from my tribe. I value the camaraderie of fellow Tories and I don’t want to lose that. I’ve got so many enemies as it is, I have no wish to throw away my few remaining allies”. So what will Tobes be doing in 2015?
“I’m going to confine my New Year’s resolutions to drinking less and losing a few pounds”. No sticking his bugle into the education arena, then? A blessed relief for all of us.
Posted by Tim Fenton at 17:29