TPA – A Shortage Of Development

Local Government has to get involved in all manner of issues concerning the towns and cities over which it enjoys authority, and one of the more pressing is the delivery of “vision” projects, bringing together disparate interests to benefit the community, the best known being renewal and redevelopment of retail and commercial centres.

Here in Crewe, this also means helping to deliver the Gateway scheme, the updating of the rail station on its current site, to which Network Rail (NR) has now committed. To help push things along, Cheshire East Council recently acquired the now abandoned Royal Mail site on Weston Road, which is slated to become the main concourse for the revamped station, together with a new multi storey car park. 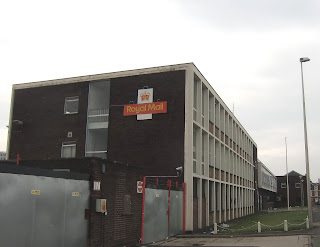 The Royal Mail has left the building

There will be the potential for short term use of the site by, well, anyone interested, but the objective is to ensure that this key “building block” is in place as the push to revitalise the station and then the town centre gets going. To councillors of all stripes, and the train operators, it makes good sense. But not to the so-called Taxpayers’ Alliance, if a posting made on their site yesterday is typical.

Over in the North East, Newcastle City Council are also involved in pushing forward a retail and commercial renewal, in the Pilgrim Street area of the city. The idea – which is hoped will rival the renewal of Birmingham City Centre – has been on the go for almost a decade now. Much planning and consultation work has already been done by the council.

So when that council recently acquired Higham House, an office and retail block, as part of the Pilgrim Street project, after concluding that the business case for purchase was sound (rents would easily cover interest payments, for instance), that might have been understood to be part of the overall plan to revitalise central Newcastle.

Not a bit of it: the TPA has denounced the purchase as “Property Speculation”. Their piece does not manage even one mention of the Pilgrim Street redevelopment, and confuses the transaction with job losses at the council, as if not proceeding with the purchase would have any effect on the authority’s employment levels. There is also a routine smear of the Chief Executive, because his pay level does not enjoy the TPA’s approval.

And, for good measure, the article is ascribed to the “grassroots” strand, but as any fule kno, the TPA doesn’t have grassroots support – it’s an Astroturf lobby group that preaches transparency while refusing to do so itself. And its agenda clearly includes prioritising knocking copy over bothering to do some research.