The litany of unfortunate Twitter interventions from Bassetlaw’s Labour MP John Mann last week, where he made a number of highly creative accusations against anyone querying the content of his contribution to the Commons debate on anti-Semitism, has served only to damage that cause. It has also prompted the re-evaluation of Mann’s own back catalogue on the issue of rate hate, and one incident in particular. 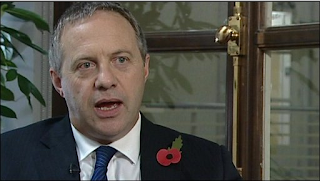 In 2016, the Travellers Times reported that “A three-way parliamentary group seminar planned to discuss racism against Gypsies and Travellers has dramatically collapsed after the All Party Parliamentary Group (APPG) for Anti-Semitism pulled out after details of an ‘offensive’ legal advice booklet emerged - produced and distributed by John Mann MP, the Labour MP for Bassetlaw, Notts, and the Chair of the Anti-Semitism APPG”.

So what was the problem? “In the section on ‘Travellers’, which mainly deals with the civil offence of trespass, there is a big, bold strapline saying ‘the Police have powers to remove any gypsies and travellers’ (sic).” No context, as the screen shot shows. Worse, “A legal expert in Traveller law and police powers around trespass, contacted by The Travellers’ Times, has described the legal advice in the section on Travellers as ‘wrong.’”

Three days after the Travellers’ Times article was published, Mann emailed a Traveller family who lived in his constituency, accusing them of making “a series of defamatory comments” about him (some things never change). This may have been not unconnected to the fact that Nottinghamshire Police had received a complaint about Mann’s legal advice booklet which resulted in his being interviewed by them.

The officers who interviewed Mann offered “advice … concerning the section entitled ‘Travellers’”, and that it should “not single out a group of people as responsible for the problem”. Mann’s defence was that the booklet was no longer in print, but as can be seen from the screen shot, the publication is available online, and can be located with no more than a minutes’ searching. The Police investigation described a “hate incident”. 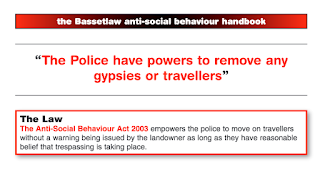 Fortunately for Mann, the mainstream press failed to pick up on his little local difficulty, or on the discomfort that any campaigner against anti-Semitism must have felt at seeing that booklet, which just happened to have his name as the sole author. Indeed, as the Trevellers’ Times pointed out, “During the Second World War, the Nazis murdered six million Jews and an estimated half a million to one million Roma Gypsies”.

There was more: “Many Jewish groups and individuals support Gypsy, Roma and Traveller rights. Jews recently joined with the Gypsy Council at the Holocaust Memorial Gardens in Hyde Park on August 2nd this year to remember Roma, Sinti and Gypsy victims of the Nazi Holocaust”. One Labour MP has put it bluntly: “If Labour cannot combat racism then we are nothing”. The name of that MP was John Mann.

All of which puts him in one of those Very Difficult Positions. I’ll just leave that one there.

Mann is rotten with New Labour hypocrisy and cowardice. Nothing but a right wing political thug. A sort of Frank Field in bovver boots.

This is merely the latest example.

I've just emailed his office 9/9/18. Mr Mann self-publicist, has been on the BBC yet again trashing the Labour party. Momentum hysteria, bully boys intimidating him,holding secret meetings, talking about him behind his back.Just like Farage he loves a microphone in his face.