After the continuing efforts by Murdoch Sunday Times hack James Lyons, aided and abetted by Hopi Sen, his representative on Earth, to go after former National Union of Mineworkers president Ian Lavery, who is now Labour MP for Wansbeck, had passed before my inspection, the questions were asked: what had Lavery done wrong? Where was the accusation of wrongdoing? Or was this just another smear campaign? 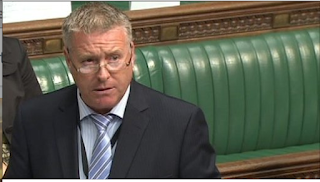 What answers were supplied were unconvincing, but as so often, sometimes the opposition rides to your rescue, and yesterday Lyons came galloping, with the latest instalment in his attack. The ST’s deputy political editor was not always a Murdoch shilling taker, spending seven years in a similar role at the Daily Mirror. So one should not be surprised to see a tabloid trick being deftly deployed here.

That deftly deployed trick is one of selection: not merely taking care what to put in the article, but what to leave out, and how the article is ordered. This enables a piece to look effective when it is no more than a pile of garbage that confirms the main motive of this so-called “investigation” is to smear another of those rotten lefties.

Here’s Lyons’ pitch: “IAN LAVERY, the beleaguered shadow trade unions minister, employed both the partner and daughter of a former MP at public expense after the two men swapped jobs … Lavery, the former president of the National Union of Mineworkers (NUM) and former general secretary of the Northumberland branch of the NUM, was elected MP for Wansbeck in 2010, replacing Denis Murphy”. There is more.

“Murphy was installed to run the local branch by a committee that included Lavery, who then employed Murphy’s partner Grace Boyle and daughter Deborah Scott on expenses … The Wansbeck MP, 53, who also employs his wife, Hilary, as a 'senior secretary', spent £135,968.85 on staffing last year”. Only after this does Lyons hint at the shallowness of his material, confirming that he has no actual proof of wrongdoing.

At the end of the following paragraph, he concedes “Both women also worked for Murphy when he was an MP”. Let’s put all of that in plain English: when Lavery became an MP, he retained the same constituency office staff that had been employed by his predecessor. It also means that the headline above Lyons’ article, “Shadow minister put union official’s family on payroll”, is totally untrue. He did not put them on the payroll.

That is because they were already on that payroll. I’ll go further: Grace Boyle and Deborah Scott were employed at the Wansbeck constituency office BEFORE Ian Lavery was even selected to fight the seat. But “Shadow minister makes no changes to constituency office staff on taking up his duties as an MP”, although factually correct, does not sound incriminating - because Lavery, once again, has done nothing wrong.

But, Lyons tells his readers, a neighbouring MP referred to Lavery and his predecessor as the “Wansbeck Mafia”. Yeah, right. A Murdoch hack calling “Mafia” on someone else. There’s that lack of self awareness for you. But enough: Ian Lavery is far from “beleaguered”, James Lyons has no proof of misbehaviour, and now he has demonstrated that this is just a cheap smear campaign. The end.
Posted by Tim Fenton at 16:06

So Lyons once "worked" for the Mirror?

All that means is he told the same lies, but in a different way. You know, the way Morgan did during his time at both the Scum and the Mirror.