Some election campaigns go well. Some do not. And some are cursed by poor judgment, before being ridiculed in the harsh light of reality. The Tories’ campaign to get their man Zac Goldsmith elected Mayor of London falls firmly into the third category, this being confirmed by none other than Young Dave himself wading into the arguments over alleged Islamic extremism and putting his foot in it big time. 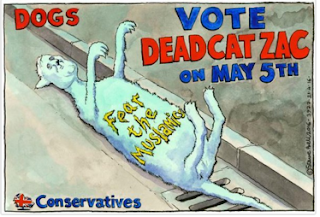 For some weeks, the Tories and their hangers-on have been trying to link Labour challenger Sadiq Khan to a local Imam called Suliman Gani, whose views have been characterised as “extreme”. Khan does not share those views, so the attacks have had to use the guilt-by-association tactic of “sharing a platform”. This is patently ridiculous - if all on the same platform held identical views, BBC Question Time would be tame indeed.

Moreover, opinion polls showed that the tactic was having no effect, or might be helping reinforce Khan’s lead. So yesterday at PMQs, in waded Cameron. To loud dissent from Labour MPs, he claimed that Gani “supports IS”. Striking the Dispatch Box with some force, the PM left nobody in any doubt that Khan had shared the same platform with Gani “time after time after time”, which meant they must hold the same opinions. 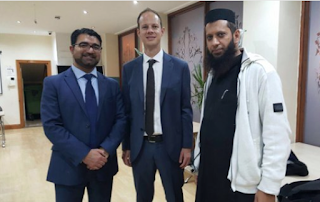 Look who's supporting the Tories

But, as Captain Blackadder might have observed, there was only one thing wrong with this idea - it was bollocks. Khan and Gani have very different views on many subjects, one of which, the Tooting MP’s support for same-sex marriage, caused a rift with Gani so severe that the Imam went … to campaign for the Tories! That would be the same party that is now trying to paint him as an extremist. And it gets worse. 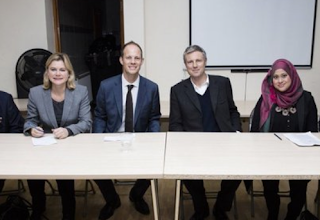 Look who's on the platform ...

Goldsmith called Gani “repellant”, but they courted his support in last year’s General Election. He was photographed with Dan Watkins, who ran against Sadiq Khan in Tooting. Gani attended the Conservative Muslim forum six months ago: he can be clearly seen in the audience. On the platform then were Watkins, a cabinet minister (Justine Greening), and … Zac Goldsmith. Can it get even worse? It certainly can. 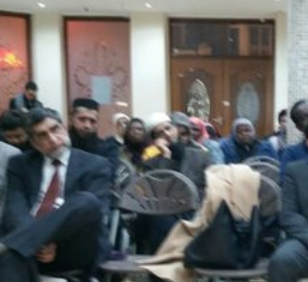 ... and look who's in the audience

A photo has now emerged of Goldsmith and Gani together. According to the Imam, he “shook his hand and requested a meeting with him to discuss giving further help. According to Gani, Goldsmith was very polite”. As for the idea that he “supports IS”, it has now emerged that Gani spoke at a meeting on New Year’s Day at the South London Islamic Centre on the subject of … “The Evils Of ISIS”. 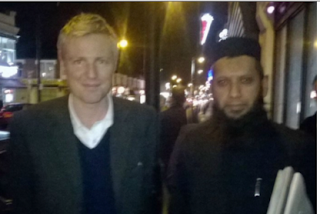 And look who's being asked for his support

The Tory London Mayoral election campaign has become so desperate to use Islam as a stick with which to beat Sadiq Khan that David Cameron has openly defamed one of his own supporters using the cloak of Parliamentary privilege. One can only wonder how the Tories’ cheerleaders at the Evening Standard and elsewhere will manage to salvage something - anything - from the wreckage of this latest campaign car crash.

One might suggest Cameron hang his head in shame - if he has any.
Posted by Tim Fenton at 10:17

Cameron is a spiv - Dodgy Dave, the Eton barrow boy - and so has no shame. Moreover, he's only here for a few more years before doing one to Canary Wharf. Or Panama.

Which is why it's impossible to take him and his fellow charlatans seriously. That includes all tories, New Labour and the LibDems in case you were wondering.

So this latest load of lying nonsense is merely par for the neocon course.

Has anybody yet found out if his mother was singing the national anthem as she handed him tens of thousands of pounds in unearned income from the Panama scam?

It doesn't seem to be working if this latest poll is anything to go by.

Woops, as they say.

A photo has emerged of Gani sitting next to YBF operative and all round nice guy Mark Clarke http://www.lbc.co.uk/imam-branded-fan-of-isis-by-pm-was-invited-to-tory-meeting-129321