The realisation is dawning among right-leaning commentators that Tory hopeful Zac Goldsmith is not doing terribly well in the race to become London’s new Mayor, which makes Labour challenger Sadiq Khan all the more likely to be chosen as successor to the increasingly occasional presence of Alexander Boris de Pfeffel Johnson. And a novel strategy has therefore been deployed: smears and dishonesty. 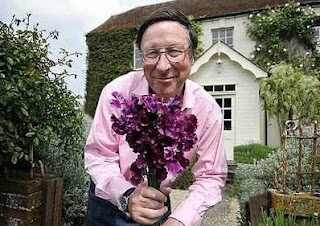 Deploying both these tactics today has been (emphasis on has been) former Telegraph and Evening Standard editor Max “Hitler” Hastings, who has been pressed into service by the legendarily foul mouthed Paul Dacre to produce a Daily Mail column dripping with dog-whistle and forthright bigotry. “Our capital is set to pay dearly for Dave letting a posh-boy eco-nut be the Tory hope for mayor” froths the headline.

“Until a day or two ago, I did not intend to vote in the London mayoral election next month … Zac Goldsmith, the Tory candidate, is a satirical prospect as standard-bearer for Britain’s capital, a rich kid with nice manners but no ‘bottom’, who emphasises David Cameron’s poor judgment of people” he begins, before the mood darkens. “But then I started to take notice of Labour’s candidate, Sadiq Khan - and to grasp the desperate importance of preventing his victory”. Yes? Yes yes? Yes yes yes?

“To a disturbing degree, ‘Londonistan’ is ceasing to be part of Britain … Beyond a few bastions of wealth such as Kensington, Chelsea and Notting Hill, most of those who will vote next month are natural Labour supporters, who share few of the values of the rest of us”. Which means what? Scary Muslims (tm)? Or foreigners more generally?

“In several of the capital’s boroughs, more than half of the residents were born beyond these shores”. Yes, foreigners more generally. And the Labour Party: “The Labour Party machine in many London constituencies is ruthlessly efficient, which helps to explain how the hard Left’s Ken Livingstone won two terms as mayor”. Yeah, right. He stood the first time as an independent. But do go on.

“Today, Khan seeks to distance himself from extremism, to assure the people of London that he has no truck with the men of violence … But it seems possible he has snatched up a mask of moderation only in his eagerness to win the mayoralty”. Christ on a bike, this is desperate stuff. But it then gets worse as he praises Bozza.

“The job of London mayor demands the skills of a meeter-and-greeter, a feel-good man, a supreme restaurant maitre d’, which is why Boris Johnson has been terrific in the role”. Bullshit. Bus services worse, Cross River Tram abandoned, no new tube trains ordered, wasting money on vanity buses, the vanity cable car, the vanity Garden Bridge, water cannon, caving in to the car lobby, appalling air quality, caving in to the developers, Police and Firefighters cut, deceiving voters over Tramlink (twice), and so much more.

Whoever wins the Mayoralty next month will have a Herculean task after the years of Bozza’s neglect and grandstanding. But Max Hastings wants the electorate to answer to his borderline racist dog whistle, ignore Goldsmith’s pal Imran Khan, and vote for Zac, who can be summed up in one word - weak. Get out of here, Hastings. You’re a clown.
Posted by Tim Fenton at 16:29

"...Zac Goldsmith, the Tory candidate, is a satirical prospect as standard-bearer for Britain’s capital, a rich kid...”

All of which makes him a typical London/South east tory. In other words, a spiv in a suit. A perfect follow up to Boris "Herman Goering" Johnson.

Tory desperation knows no bounds now they've dug up the corpse of Hitler.

Surely 'Londonistan' is ceasing to be part of Britain BECAUSE OF the few bastions of wealth and the money-grubbing floors that their residents work in.

Do love this notion of a 'satirical' prospect candidate.

At least he's found a true niche for Boris. Front-of-house flunkey in a restaurant is about his true level.

"Beyond a few bastions of wealth such as Kensington, Chelsea and Notting Hill, most of those who will vote next month are natural Labour supporters, who share few of the values of the rest of us”.

Though not a Londoner, I doubt I would "share few of the values" of this right wing bigot.

“The Labour Party machine in many London constituencies is ruthlessly efficient, which helps to explain how the hard Left’s Ken Livingstone won two terms as mayor”

Even if true (which it isn't), how does Hastings square that with the inconvenient fact that the "hard right's" (hey, two can play that game) Boris Johnson has secured two terms since then?

“In several of the capital’s boroughs, more than half of the residents were born beyond these shores”.

It's a while since I looked at London, but does Hastings mean this? Whole boroughs of immigrants, rather than a mixture of immigrants and the children and grandchildren (and...) of immigrants?

The cable car goes well with Lahndan's other shite architecture - just another slum of the imagination. So is the "garden bridge."

That place really has become the ugliest city in Europe. In every sense of the phrase.