The parochial nature of the UK’s media was never more clearly shown than in the revelations of the Mail On Sunday’s latest shameful excursion into press intrusion. Or rather, that should be the Irish Mail On Sunday. So what the Rothermere press did in order to get the comments from Louise James, which they then made into an “interview”, has not been widely shared outside the island of Ireland - until now. 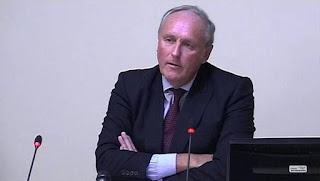 What's f***ing wrong with gatecrashing a wake, c***?!? Er, with the greatest of respect, Mr Jay

Ms James lost five of her family members recently when the car in which they were travelling slid off a slipway at Buncrana pier in Co Donegal. All in the car, save Ms James’ baby daughter, who was passed out of a window to an onlooker, were drowned. But Louise James’ grief was soon to be compounded by the MoS’ cynical intervention.

The week after the tragedy, the MoS proclaimed “A premonition of catastrophe: Mother who lost her family in in drowning tragedy tells her shattering account of foreboding then heartbreak … Louise James has spoken about the tragedy that has tore her life apart … Lost her mother, two sons, partner and sister in the accident last week … Thanked the man who saved her baby daughter, Rionaghac-Ann … Said she foresaw the accident: ‘I just knew... I knew something was wrong’”.

Alison O’Reilly’s article goes on to tell “But even in the depths of her despair, Louise has summoned the strength to speak exclusively to The Mail on Sunday in order to publicly praise the rescuer who saved her baby from death and who she reveals, despite being hailed a hero, is guilt-stricken that he could not do more to save her family”. This came as news to Ms James, who had no idea she had spoken to the paper.

Monday’s Belfast Telegraph revealed “Buncrana pier tragedy mum Louise's pain after being duped into interview by Irish Mail on Sunday … A Sunday newspaper has apologised to a Derry woman who lost five members of her family after publishing an ‘interview’ without her consent”. The reporter not only failed to identify herself, but “The reporter had arrived with her two children, with Louise believing she was a well-wisher”.

Ms O’Reilly had taken along her children as cover. The “interview” had been no more than a conversation that Ms James was having with someone she thought was a sympathetic fellow parent. And while the Irish MoS then ran a “correction” and apologised for the intrusion, the story is still live at MailOnline. And it gets worse - a lot worse.

Alison O’Reilly pulled her stunt at the wake for Ms James’ dead family members. She posed as a fellow mourner, a grieving mother. She failed to identify herself as a reporter, took her kids as cover, and then recorded and re-used a private conversation, betraying the confidence that Louise James had placed in her.

And it’s no use the London-based MoS pretending it doesn’t indulge in the same kind of behaviour: the paper gatecrashed a memorial service for an uncle of Ed Miliband, but was rumbled there and then. This is just more of the same. It is not a coincidence.

This is beyond the pale. The level of callousness is unbelievable. But the Irish MoS has effectively got away with it because Louise James is one of the little people the Rothermere press can dump on with no fear of comeback.
Posted by Tim Fenton at 12:43

The Hibernian Heil on Sunday caught lying? Even about innocent deaths?

Well, I never. Or something.

Mind you, it's nothing to the lies its English version peddles.

Of course nobody at the Heil will get named or sacked. Par for the course.

Now watch as the Heil goes after Russian and Chinese offshore thieves - but ignores the home grown species. The contrast is, well, marked. Wouldn't it be utterly hilarious if Dacre was caught off-shoring?

Must be the "chilling" effect of Leveson Mk1.

How many "last chance saloons" can they fight their way out of?