Rochdale Child Abuse NOT In Papers

A man has just been handed a three year jail sentence for trying to sexually exploit 12 and 13 year old girls. He was also “made to sign the sex offenders register after pleading guilty to the charges at Manchester Minshull Street Crown Court … The 21-year-old also received an indefinite sexual offences prevention order”. And some of his attempts at exploitation took place in Rochdale. 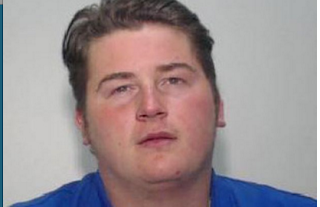 Yet, unless you are a regular reader of Rochdale Online, or the Manchester Evening News, you will probably not have heard of the case. Moreover, Rochdale’s nominally Labour MP Simon Danczuk has also not said a dickybird about the case. He’s been slamming BT Openreach recently, has been active in his constituency of late, he’s hot on child sexual exploitation, yet he too has missed this case.

Rochdale Online told that “Between November 2014 and April 2015 [the 21 year old male] separately contacted children who were aged between twelve and thirteen in the Rochdale and Todmorden areas using messaging on social media. He was aware of the children’s age and sent them numerous sexual messages He asked them to go shopping with him, or for a drive”. And there was more, although no Danczuk furore.

“In one message he asked a twelve year-old girl to send an indecent image of herself to him but the girl refused. He continued to contact the children even when they asked him to stop … [the 21 year old male] also followed children down the street in his car and approached a twelve year old girl asking her to have sex with him. The children told their parents and police were alerted”. But no press shock horror.

DS Julianna Barker, for the Police, commented “[He] knew the girls were underage yet he continued to pursue them. I would like to commend them for doing the right thing telling their parents … Thanks to their bravery in supporting our investigation, we have been able to build a successful prosecution which has resulted in [his] being jailed … We are committed to tackling child sexual exploitation in the area and protect our children”.

Simon Danczuk and his press pals are all keen on exposing cases of potential child abuse, aren’t they? So where were they this time? After all, they were all over the grooming scandal recently that saw several men go to jail for long prison terms. But, by now, you may have guessed that, while the grooming cases were about Asian men, mostly from Pakistani backgrounds, this latest case is not.

The 21 year old male is called Ryan Howley. He is white. And, by complete coincidence, you understand, the press and their occasional pal Danczuk have come over all uninterested. One would hate to conclude that national newspapers owned and edited, in the main, by white males were doing the ignoring out of any bias against those who are not white, but it’s looking awfully like they are.

And as for Simon Danczuk - it’s just another minus mark against him. No change there.
Posted by Tim Fenton at 14:27

Shades of the EDL in Blackpool where they accused Muslim fast food store owners of abusing and murdering a teenage girl - even turning her into kebabs (I'm not kidding). Turned out the poor girl was put on the game by her parents, and killed by a punter. EDL members all.

One paedo acting alone and getting nicked for it is not as big a story as lots of paedos operating as an organised gang and the local authorities failing to address it. This would still be the case if all the perpetrators were of the same race. I think you're making a mountain out of a molehill here.

Andy McDonald: If this is the Charlene Downes case, she is still missing, no body ever found, no murderer found. "Turned out the poor girl was put on the game by her parents, and killed by a punter. EDL members all" Any proof of this?

I suspect this is being confused with the case of Paige Chivers, murdered by EDL / BNP activist Robert Ewing.

Poor Dancsunk is not the first politician and will not be the last who has taken the High Moral Ground but neglected to check their own cupboards for skeletons.
Nor similarly to have leaped aboard the Media Beast without understanding how it can turn on sixpence and consume you.

"Any proof of this?"

Perhaps, although quality dailies like The Times tend to keep their sources confidential and don't tend to publish any of the 'sensitive' or 'confidential' documents passed on to them.

My apologies for conflating the two cases. I hope you can see how that was possible.