Industrial relations on Britain’s railways have been good for some years now. Whatever gets in the way of smooth commuting, it tends not to be train crew downing tools, unlike the constant undercurrent of distrust between Transport for London and Tube staff. And one might think that the Government and especially the people at the DfT would prefer it that way. But that thought may have been misplaced. 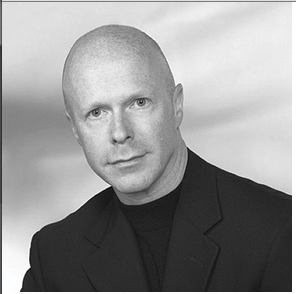 At a meeting in Croydon Town Hall last Thursday, Peter Wilkinson, who is the DfT’s managing director of passenger services, suggested that the Government was going to change train drivers’ hours in order to “improve rail services”, although how this would be achieved was not told. His attitude was one of forthright confrontation: indeed, “His comments suggest the Government is prepared for another protracted industrial dispute”.

He told the meeting “Over next three years were going to be having punch ups and we will see industrial action and I want your support”. There was more: “Mr Wilkinson said train drivers are paid high salaries of about £60,000 a year or more to work three days a week, with no obligation to work on Sundays. He told the meeting drivers still have the same 'fire break' rest stops as they did when trains were run on coal”.

Wilkinson then became particularly unpleasant as he ranted “I'm furious about it and it has got to change - we have got to break them … They have all borrowed money to buy cars and got credit cards … They can't afford to spend too long on strike and I will push them into that place … They will have to decide if they want to give a good service or get the hell out of my industry”. I wasn’t aware the railways belonged to him.

Quite apart from the appallingly bad attitude shown here, Wilkinson has his facts badly wrong. No driver - apart from maybe Eurostar, and that is not in his remit - makes anything like £60K a year. Nor do they work only three days a week. I’ll go further: regular shifts are typically around 9 to 9.5 hours from signing-on, with many operators including Sunday in the working week. Rest day working is not uncommon.

Premium payments for overtime have come down, typically, to 15% over normal time. Drivers of trains that do not have retention toilets have been known to have to resort to relieving themselves on the track during turn-rounds at remote terminal stations. All the perks historically associated with train drivers’ pay have been successively negotiated away over the years in exchange for better basic salaries.

All this information is readily available, generally by talking to those same drivers, which one might have thought Peter Wilkinson would try sometime. He might also think twice about the amount of leverage he has on train drivers’ remuneration, considering that those drivers’ contracts are with the train operators, not the DfT. He can then consider the sentiments of the good and great Gerry Fiennes, greatest of railway managers, who reminded us “the driver is the only one who moves us forward”.

The driver is the one who has to learn the rules, learn every mile of every route on which he or she will drive, learn every traction type and all its variants, undergo regular medical checks, be subjected to routine drug and alcohol testing, and on top of all that, all too frequently, along with other train crew, face irate passengers when things go wrong.

Indeed, in a recent interview with Rail Professional, Wilkinson stated “For me, front line staff are the heroes of this industry, they’re the people who make it work, not people like me in head offices and places; this is a nonsense, we’re just petty bureaucrats. The people who make the railway work every day are very modest, very ordinary people, often not terribly well paid, in parts of this railway that are incredibly congested”.

Those people he praised include the same drivers about whom he is now shooting from the hip. So Peter Wilkinson is not merely a hot-headed hipster and a loose cannon, he is also a hypocrite of the worst kind. And he’ll get no support from hard pressed commuters if he screws around with their journey to work merely in pursuit of personal aggrandisement.

Trade Union leaders have been incensed by the remarks. And, after his outburst last week, Peter Wilkinson has now withdrawn his inflammatory remarks, claiming “I care passionately about the rail industry and I am committed to helping Government deliver a better rail service for passengers”. But with the kind of passion and commitment he has shown recently, the industry might be better served with him outside it.
Posted by Tim Fenton at 17:39

Bravo! It's worth mentioning that he hasn't withdrawn the remarks, but rather apologised for any offence they may have caused.

I've had dealings with a number of Whitehall civil servants over the years. They've been depressingly crap, all of them. This guy is no exception. What happened to the 'First Class Minds" of the past? They went into the City.

It's depressing if, like me, you want Government to work better for the people.

What a cnut. But I wonder whether he has been given his marching orders by Ministers. Are we going back to Thatcherite times? Is this government now going to "take on" Unions and workers who step out of line? Maybe the Junior Doctors are just a small part of a bigger policy.

It looks like this bullying lark has caught on with The Bullyingdon Club.

If the policies are so rank that they cannot take the people with them they will bully their way through with the aid of a compliant media (with one or two notable exceptions).

I would guess that they are banking on the divide and rule principle of attack being easier now than in the past as the social cohesion, when community spirit would be able to action a general strike, has to a large extent broken down.

Actually there are a couple of TOCs that will pay £60k, but on the other hand weekday overtime is likely to be at basic rate. And whilst many drivers would be willing to have Sunday in the base working week the TOCs tend to reject the idea because thanks to the way Network Rail manage the track there is always the risk that there won't be any trains to drive on a Sunday, so they rely on overtime on those Sundays when they have a usable railway. And at least one TOC has introduced COMPULSORY Sunday overtime (yes, they don't think it worth putting in the base week but then demand the drivers work an extra 9 hours). Up to 10% of trains in Britain are driven by people on overtime because the TOCs won't employ enough staff.


But surely none of this will be a problem for London Underground, after all Boris has promised to make the trains driverless and what could go wrong there?

He missed a trick there. He could have claimed that more people die on the trains at weekends because of the work-shy drivers.