After reports that many women had been attacked in the area between the Cathedral and main railway station in Cologne on New Year’s Eve had circulated, there were many often lurid accounts claiming not just widespread sexual assault and even rape, but that this was the fault of recently arrived refugees from Syria, Iraq and other countries where civil war and worse had driven millions from their homes. 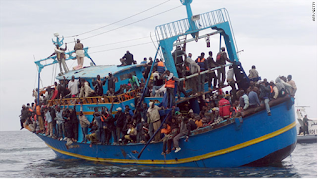 The BBC reported that “Witnesses and police said that the men involved were of Arab or North African appearance … Interior Minister Thomas de Maiziere agreed there should not be any general suspicion towards refugees at least ‘at this stage of the investigation’ … ‘But if North Africans were the perpetrators, for which there is some indication, there should not be a taboo and people should not gloss over it’”.

Some in the media were not so restrained, though: quite apart from the incandescent rant from (thankfully) former Tory MP Louise Mensch, when she inadvertently called out a Jewish protester outside an Austrian far-right event in Vienna, there was always the Daily Mail to frighten its readers. “Migrant rape fears spread across Europe: Women told not to go out at night alone after assaults carried out in Sweden, Finland, Germany, Austria and Switzerland amid warnings gangs are co-ordinating attacks” it screamed.

Some of the ranting was worse, far worse. But now we find it reported that, out of 58 suspects arrested in connection with the New Year attacks in Cologne, just three are newly arrived refugees: two Syrians and one Iraqi. Not a majority, not even a substantial minority, just three. Most of the remaining 55 are Algerians and Moroccans, but are not recent arrivals. And three of those arrested are Germans.

So the number of recently arrived refugees from Syria and Iraq arrested is equal to the number of German residents arrested. While any instance of criminal behaviour, and especially sexual assault, is out of order, the idea that the Cologne attacks were solely down to those refugees is not credible.

It gets worse for those wanting to pin the attacks on Syrian and Iraqi refugees: there have now been over 1,000 complaints made to Police over the attacks. But 600 of those - the majority - were for theft. Worse again is the claim from Police sources that representatives of some media outlets wanted only to know about sexual assaults, and were not interested in reports of theft. That would explain the selective reporting.

Some of those Algerians and Moroccans arrested may have been asylum seekers; that is not the point at issue. Time and again, we have had the connection made between the numbers of refugees fleeing Syria, Iraq, Afghanistan and other areas of the Middle East and the New Year’s Eve attacks in Cologne. That connection has been exploited by many European far-right groups, and anti-EU campaigners in the UK.

It’s a connection that in the main does not exist. What you will not read in most papers.
Posted by Tim Fenton at 15:18

"Most of the remaining 55 are Algerians and Moroccans, but are not recent arrivals."

So really this is hair-splitting over whether the 90 per cent of the perpetrators had arrived recently or not (however one defines 'recently'.

This is pointing out that tying the attacks to the refugee exodus from Syria and Iraq has been disproved.

I fail to see any credible sources for the information being given here as 'fact'.

Reports I can track gave the following info re those initially arrested:

That was from German papers at the time of the arrests, Cologne police reports, etc.
So, your article is not giving full facts.

What you will also not read in the papers is that when the german far right staged a protest march on the back of the claims the people of Cologne mounted an even bigger demo to stop them.

And nor has there been much correction of the early claims that it was a mob of 1000 (whatever their origin). The german media was back peddling on that before the british got hold of it, but 1000 is a nice round number and looks better in headlines than "quite a lot but not really sure". It would appear that accounts were added together without tracking timelines - so one gang could be counted multiple times as it moved around.


@1 - setting arbitrary dates is standard form in the anti immigrant brigade and doesn't get challenged. After all, Farage is descended from an asylum seeker but apparently that's OK because it was too far back for people to remember.

As perfectly skewered by Stewart Lee:

Where are all the outraged feminists?

I thought most of them from The Guardian would be frothing.

No but they are all young muslim men.
Who being young muslim men have a certain unhealthy attitude to women.
Ask the 1400 child victims of the Rotherham abuse scandal, the abusers were muslims again.
And the majority of the refugees are, surprise surprise, young muslim men.

Comments are allowed, even when they show forthright bigotry. You're welcome.

@7 - complete bollocks! That's like me saying that all the white residents of south yorkshire are low IQ knuckle draggers who can barely speak english just because the small sample I run into are!

What about adding together all the rapes and murders in britain over the same period as the Rotherham abuse? The majority would be down to christians (or at least people who you and the Daily Mail would assume to be christians) so where's the campaign to ban christians?

It's very easy to look at a small area with a high proportion of muslims and say look, the muslims commit crimes. What's really bad is that whilst everyone looks at Rotherham nobody really asks about the ongoing attempts to stop investigations into that other large scale child abuse scandal, namely senior establishment figures and various childrens homes. The figure of 1400 is quoted at Rotherham but no-one will ever know how many were abused in this case and the total could well be higher. So why aren't UKIP and EDL marching for justice for victims in this case?

And why aren't they demanding that churches are closed down when priests are involved in child abuse? Could it be they don't really give a damn about the victims unless they are a handy stick to beat muslims with?

Not sure how my comment is being taken so out of context, I merely pointed out the facts as they are easily collated to be. It's not the fault of every muslim, but there IS a problem with the vetting of those Europe is currently allowing entry to.

There is, ironically, a problem with a specific 'section' of the Islamic community, specifically Wahhabists & Salafists, which are not religions that should even be recognised, being merely apocalyptic death cults & a cancer to all good-thinking muslims everywhere.

Also, to suggest there weren't 1000 just because it looks rounded to that? There were over 1000 crimes in a few hours, all committed by this marauding 'mob' mentality, vast majority of whom were 'recent arrivals'....this suggests a problem, regardless of one's belief. It could also have been over 1000, nobody said it was rounded UP.

The next event, the recent Carnival in Cologne, had a sharp increase (over 100%) in crimes, with 45 sexual assaults...yet it had DOUBLE the police on the streets, to stop a repeat performance.

All of these facts are easily verifiable in UK & European media.

You appear to suggest we should ignore 1400 child abuse victims in Rotherham, the many hundreds from other towns, all groomed & raped by a specific section of the community, simply because there are still ongoing accusations (not yet proven) against politicians, most of whom are now dead? Perhaps some semblance of 'priority' might be in order?


Sorry for butting into your totally irrelevant 'Far Right' vs 'Far Left' convo btw, just thought some of the replies were directed at my previous comment.