Sometimes, the most unexpected sources ride to the rescue, and so it is with the currently debated issue of driver and rider matching service Uber and its stance on accessibility. The signs that Uber, to put it directly, does not care about the disabled and the less mobile have come not from their opponents, but from their own actions, and the reports on them. The lesson for those needing accessible transport in London are clear. 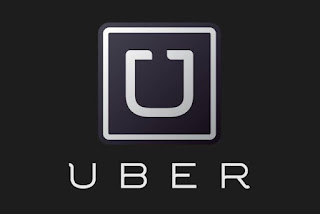 The capital’s black cabs must be fully accessible: that means they can accommodate wheelchairs, which in addition benefits those less mobile, less confident to use the bus and Tube, those laden with luggage and shopping, or just wanting to make a more dignified exit from their chosen conveyance. No such compulsion extends to Uber to provide accessible vehicles, and so they do not.

But if there were a demand out there, then surely the market would step in and satisfy the need? That would be the dream of those who urge less regulation and free competition. And, from the experiences of customers in the USA, it is, sadly, nothing more than wishful thinking. The effect of Uber in New York City has been to impact severely on the availability of accessible vehicles. And the news from California is yet worse.

In NYC, advocates for more accessible taxi services had worked with the industry over the years to make 50% of the city’s cabs wheelchair accessible. This was not up to the standard of London, but it was excellent progress. Then along came Uber, taking business from taxi services, and taking taxi drivers, too. The result was that, out of an estimated 14,000 Uber cars on the road in NYC, not one was accessible. Not one.

You can see the video setting the facts out right HERE.

What Uber won't give you, and doesn't much care about

It gets worse: last week, as the Los Angeles Times has told, Uber suffered a blow “when an administrative judge recommended that the ride-sharing giant be fined $7.3 million and be suspended from operating in California”. At issue was reporting customer information: “The reporting requirements include the number of requests for rides from people with service animals or wheelchairs; how many such rides were completed; and other ride-logging information such as date, time, Zip Code and fare paid”.

Uber is not letting the authorities know how many requests it’s receiving from wheelchair users and those with service dogs (guide dogs in UK speak), nor how many of those requests were satisfied. This is a most creative way of airbrushing out the issue: just don’t report on it at all. Then there is the issue of non-cooperation with the NYC authorities.

As The Verge has told, “The City Council is expected to vote tomorrow on a new proposal that would impose a one-year slowdown in the number of new vehicles it can license for its fleet. The city says it needs time to study a rapid increase in congestion happening in its crowded urban core”. Uber’s response is to wheel out the aggressive lobbyist and claim that it’s not fair because it will cost people their jobs.

Meanwhile, in London, Assembly Transport Committee Chair Val Shawcross has noted that TfL “does not appear to have progressed plans to develop an over-arching strategy for the taxi and private hire trades”, and, worse, “there is no clear audit trail for interactions between senior managers and licensees”. It is not beyond the bounds of possibility that Uber’s lack of accessible vehicles will not be addressed by TfL - at all.

So where does that leave those who do require an accessible vehicle, and all those who benefit from the black cab requirement? One thing comes clear from happenings Stateside, and that it that Uber does not give a damn. Hello TfL, time for you to wake up.
Posted by Tim Fenton at 17:26

“Berlin and Paris might want to ban Uber. We welcome disruptive technology of that type and others.”
“We want the best deal for customers. They will decide, and they have already decided with their wallets they want to pay for that service. We can’t stand in the way of technology.”
“You can either embrace it and try and work with it, or you can push it away. We benefit from promoting new technology because ultimately it’s in the interests of consumers.” Sajid Javid 14/7/15

Tell the Goldman Sachs-funded twonks to F off.

I use cabs regularly, but wouldn't touch Uber with the proverbial. Anyone who would is, frankly, an idiot.

"But if there were a demand out there, then surely the market would step in and satisfy the need? That would be the dream of those who urge less regulation and free competition."

Once a "market" gets beyond medium size it is ALWAYS rigged through monopoly. The only question is what we rig it for: profiteering greed or socioeconomic efficiency.

Uber is not socioeconomic efficient, it is a tenth rate service owned and run by spivs, like, for instance, privatised railways and every other industry stolen from the community.

The same kind of "free market" bullshit is used to claim international trade for capitalism. It goes without saying capitalism is not trade. Capitalism creates and facilitates nothing but profits theft. It invents nothing. It takes only. It leeches off the backs of genuine creativity.

But try telling that to fanatic-eyed MBA stormtroopers coming of the conveyor belts of "business schools." You see and hear that lot and you finally understand how Hitler formed the Jugend. If you want to see them in action, watch any TV news and its "business" or "economics" correspondents. It's like watching a Riefenstahl movie.

Uber? Just a logical product of a demoralised society in slow disintegration. And it's going to get worse. Much worse.

Let me be the devil's advocate here.

1. Why should UBER offer access to the disabled if they can get away with it? Are they supposed to do it out of the goodness of their hearts?

2. Where are the laws and regulations meant to force UBER to offer services for the disabled? Do they exist? If they exist, why is UBER not being prosecuted and fined for breaking those regulations?

If there are no such regulations, why is that? Are the authorities doing their job? Why are they taking so long to regulate?

3. UBER has only been in the UK market for less than a year and you expect them to roll out all services at once? It takes time to launch a product and many things are rolled out according to priorities and available resources. You can't expect UBER to be perfect immediately.

It's not UBER's job to do what the authorities are supposed to be doing. The company's growing exponentially and I'm sure they are doing their best.