In a result which was never really in any doubt, the Greek electorate yesterday delivered an emphatic ochí - and that, folks, means no - to the latest bailout plan for the country. The referendum result rejected that plan by a 61.3% to 38.7% margin. What this means is being hotly debated: some voices claim Greece is on its way out of the Eurozone, while others suggest the result will mean a deal on the country’s debts will come sooner. 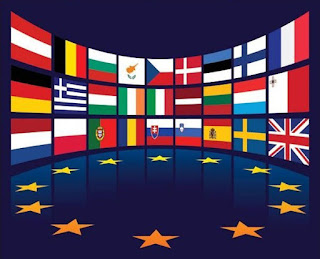 What might focus everyone’s minds as the Eurozone’s finance ministers come together this week is that the single currency is under pressure: Sterling is buying €1.40 today for the first time in around eight years - that is, before the financial turmoil that came out of the USA. There is talk of the Euro reaching parity with the US Dollar, which may please German car manufacturers, but the effect on imports would not be good.

Were Greece to leave the Eurozone, that pressure would not go away. That, too, should focus minds. So should the realisation that, if Greece defaults on its debts, it would not be a case of creditors taking a haircut: there would be no hair left to cut. They would find themselves well and truly scalped, cleaned out, left with nothing. The shock for those Eurozone countries that have lent to Greece could prove disastrous.

That, not surprisingly, does not figure in much of the media coverage, which has consistently shown a disturbing level of ignorance on the way in which “austerity” has affected Greece and its people. Claims are made that other southern European economies have benefited from similar measures, but - to take one example - Portugal has certainly not recovered to pre-crisis levels. It may not do for some time.

Civil engineering projects have been abandoned - a third crossing of the Tagus in Lisbon was one of these, with the two existing road crossings increasingly choked - and some transport services have been close to collapse: Zelo Street told some time ago that the newly built Metro Sul do Téjo light rail system was threatened with having its power supply cut off for non-payment of bills. There was more.

Several rail routes were simply abandoned in order to cut costs: swathes of the country now have no train service. Hotels and restaurants were businesses hit badly by a VAT hike to the maximum 25% rate. Schools, colleges and universities found students not attending classes on some days as they could not afford to travel. Public servants discovered that their pension provision was not as secure as they had hoped.

All of this, and more, has afflicted Greece. The Germans may want to extract their pound of flesh, but the IMF has broken with the absolutist view and is insisting that there should be debt relief and a moratorium on repayments. That is because they deem Greece’s debts as unsustainable, much as those of Germany were after the Great War, when it was they who were being forced to make repayments they could not afford.

Politics, at every level, is the art of the possible. It is not possible to push Greece further.

[UPDATE 1135 hours: Alex Andreou has informed me that, contrary to the suggestion at the opening of the first paragraph, the referendum result was in some doubt, with the general consensus being that there would actually be a narrow "Yes" result.

One factor Alex cites is media coverage: this is another facet of the contest that does not get accurately relayed back by our own coverage. The conventional media wisdom was to accept the latest bailout terms.

I'm happy to put his assessment on record]
Posted by Tim Fenton at 10:50

A classic example of how stupid capitalism is.

They forgot that if you make your enemy desperate you make him stronger. He has nothing to lose. The Greeks have nothing more to lose, hence.........

The fact is, the IMF/ECB/World Bank gang are driven by nothing more than profit. They know nothing else. Which is why their fellow travellers piled in to get a piece of the moussaka while they could.

It would be nice to think the game's finally up for capitalism. But, alas, there is much more misery to be piled on, much more mainstream lying and cowardice to endure.

The emphasis will change, that's all. The same robbery will go on until organised resistance is global. But Greeks have made a good start, and we should be grateful to them. It makes a glorious contrast to cowering lower middle class curtain-twitchers in, say, New Labour.