The one thing that the perpetually thirsty Paul Staines and his rabble at the Guido Fawkes blog cannot stomach is someone who does not share their warped view of the world becoming successful. Hence their petty and vindictive campaign against author and campaigner Owen Jones, because he is doing better than they are, and is one of those rotten lefties to boot. Sadly, this is one campaign that is going nowhere. 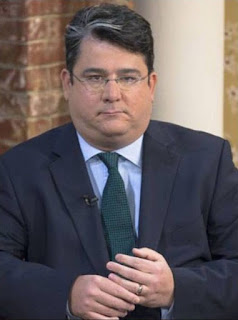 Feared. But only by wobbly furniture

After the attempt to smear Jones over allegedly phoney Twitter followers - which, as Zelo Street regulars will recall, involved Staines threatening legal action against me, but failing to follow through - the Fawkes fables have continued, the latest being to pick up on his comments about the 1916 Easter Rising in Ireland and suggest that somehow he sympathises with campaigns that involve hundreds of deaths.

This highly creative interpretation of Jones’ beliefs involves taking a statement he made in his mid-teens, such is Staines’ desire to smear. But the thought then enters that The Great Guido is, in making his accusations, standing in an extremely draughty glasshouse. Staines’ past includes supporting the Nicaraguan Contras, and an association with David Hart, a vain and deeply unpleasant right-wing rabble rouser.

The Contras, by even the most generous account, were responsible for rather more deaths than occurred during the Easter Rising: the group was also involved in the wholesale violation of human rights. Staines’ pal Hart was deeply involved in support for the Apartheid regime in South Africa, with Staines’ past including membership of the Federation of Conservative Students (FCS), who were of like mind. 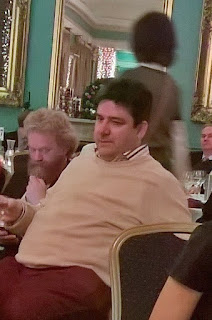 And don't forget his reputation

The Apartheid regime was also responsible for creative interpretations of every known convention on human rights, even to those who the South African state of the time classified as white. And there is one more matter on which Staines would rather not dwell, and that is his brief flirtation with the BNP while a student, something he has been trying to shrug off for some years now as nothing more than a youthful indiscretion.

It gets worse: unlike Owen Jones, Staines has found himself on the wrong side of the law on several occasions, not least his promotion of what were, at the time, illegal raves. He has, in the more recent past, acquired a string of alcohol related convictions, including two for drinking and driving. A recent Esquire magazine profile revealed that his favourite lunchtime tipple was a bottle of Chablis - a whole bottle of Chablis.

On top of that is Staines’ legal battle which, ultimately, saw him feature in the London Gazette after being declared bankrupt. During that series of actions, he was criticised for his flagrant dishonesty before the courts. All of that can lead to only one conclusion: Paul Staines is in no position to criticise Owen Jones, or indeed anyone else, for one comment they might have made some years ago.

The moral high ground is a foreign land to the Fawkes rabble. Another fine mess.
Posted by Tim Fenton at 12:46

There is no 'moral high ground' for commissars. They just shout down dissenters that defy the party line from on high with low rhetoric.

"The moral high ground is a foreign land to the Fawkes rabble."

A bit like Guido's tax affairs too? Another one keem on representation without the tax bit?

Don't you just love it when a biter is bit?

You have failed to mention that Mr Staines is also an admirer of General Pinochet.

And if Yes, why? How has he survived all the poison he ingests?

Seen his latest re Ireland v Dorries? What a bastard.

I should stand well back. His neck's about to blow...