Back in early May, in the wake of the General Election, Zelo Street regulars will recall that I suggested the Labour leadership race would feature the names of Chuka Umunna and Liz Kendall. I should have known better than to accede to the transient media view of the contest: soon afterwards, Umunna withdrew following press intrusion into his partner’s family. And then there was Ms Kendall. 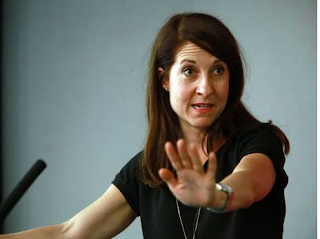 Sadly, Liz, that will not hold back reality

While the campaigns of Andy Burnham, Yvette Cooper, and even Jeremy Corbyn have each built up a solid base of support, Ms Kendall’s has languished. The number of Trades Unions backing her has been not unadjacent to zero. A few days ago, she had secured the nominations of just five Constituency Labour Parties (CLPs), against 24 for Ms Cooper, 34 for Corbyn, and 45 for front runner Burnham.

Even her most vocal media cheerleader, the Murdoch Sun - the endorsement of which is never going to win many friends and influence many people in the Labour Party - has gone cool on her, running a story on its piss-poor Sun Nation website recently with the ominous title “HAS TEAM KENDALL RUN OUT OF STEAM? Things need to change if Liz wants to succeed Ed Miliband, observers warn”.

It got worse. Last week, what started off as an innocuous-looking blog at the HuffPost by shadow media minister Helen Goodman - “Why, as a parent, I’m backing Yvette Cooper as Labour’s next leader” - was seized upon by Ms Kendall’s campaign manager Toby Perkins as a sign that Ms Cooper’s campaign was indulging in dirty tricks - because, as his candidate did not have any children, it must have been a dig at her. 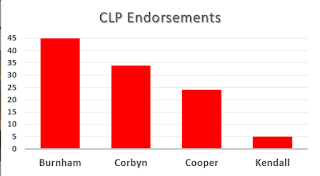 Perkins then went on the BBC’s Daily Politics, but not, you understand, to whip up support for a campaign that had failed to cut through and was devoid of momentum. Could it get worse still? It certainly could: Ms Kendall then used a televised hustings event on the Victoria Derbyshire show to support the Tory move to restrict child tax credits to just two children, despite it meaning hardship for tens of thousands of workers.

The Kendall campaign has today, though, come out firmly against the latest Tory wheeze, to try and emasculate the remaining power of Trades Unions. But I have to tell Toby Perkins, Mark Ferguson and the rest that this is too little, too late, and two months ago I called it wrong. Liz Kendall may have been touted as the ultimate change candidate. But her campaign has descended into desperate attention seeking. This party is over.

Moreover, beating Labour supporters about the head with the constantly repeated mantra “Vote for Liz or we’ll lose again in 2020” is convincing fewer and fewer of them. Ms Kendall faces a choice, and she faces it right now: withdraw from the contest with good grace and free her supporters to make their own choice of the remaining candidates, or carry on all the way to a ballot in which she will be utterly humiliated.

Liz Kendall’s candidature may have its time, but it will not be this time.
Posted by Tim Fenton at 10:44

It doesn't really matter who gets the leadership. Only Corbyn is capable of even minor changes of direction - even then he'll get the Red Jem tabloid treatment.

None of the others are worth a carrot. All of them are New Labour careerist, none of them are socialists. Which is why, situation unchanged, we'll end up with a far right government put in place by less than a quarter of the electorate. Which means, like the present Bullingdon spivs, they have no mandate from the majority of the people. Which means a slow sleep walk toward what Umberto Eco long ago labelled ur-fascism. You need wonder no longer how Germany ended up with the nazis.

The last hope for the Labour Party is to realise it sold its soul when it put the Blair gang in control, that it has become a pale pink version of the tories, that it completely lost its conscience, that it is time to denounce everything that gang have done to the country. Without that, the Labour Party will go down the same anodyne road as the LibDems and end up as nothing more than suburban curtain-twitchers moaning that the neighbourhodd has gone to pot - the same neighbourhood they sold to barrow boys and tenth rate spivs and mass murdering warmongers.

I shit you not, things can and will get a whole lot worse.